Would you believe that some things you might have heard about the Mary Rose might not be 100% true?

Based on one of our Third Thursday Tours 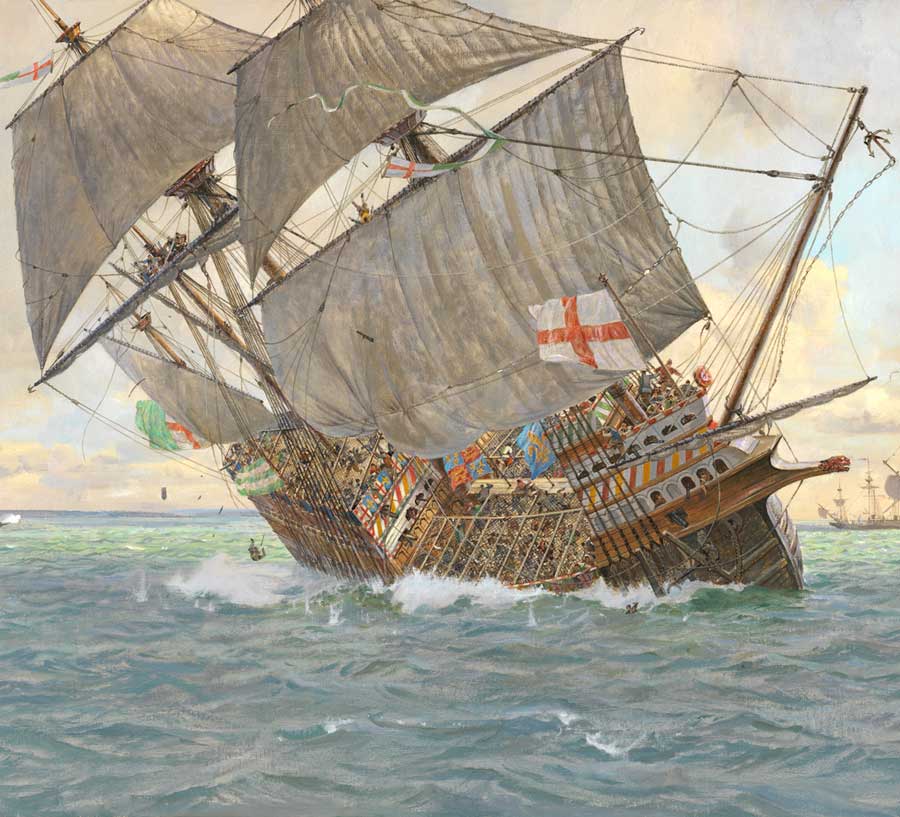 The Mary Rose sank on her maiden voyage

The Mary Rose sailed for 34 years. We have records of battles, troop movements, races, supplies being brought aboard, legal trials taking place, both on board and for the crew themselves, a major refit and even a visit by the Holy Roman Emperor. If this happened during the maiden voyage, it was an incredibly busy few hours!

Despite our best efforts though, we still see references to this in tweets and newspaper cartoons about everything from dance competitions to political careers.

Where did this myth come from? No idea. Blue Peter often gets the blame for confusing the Mary Rose with the Vasa, but knowing what Biddy Baxter, the show’s editor at the time, was like about fact checking, we find that hard to believe.

Also, even if a ship has a complete refit, new crew and commanders, she still only gets one maiden voyage. And the Mary Rose didn’t sink during hers.

Discover more about the life of the Mary Rose

"People were much smaller in those days" 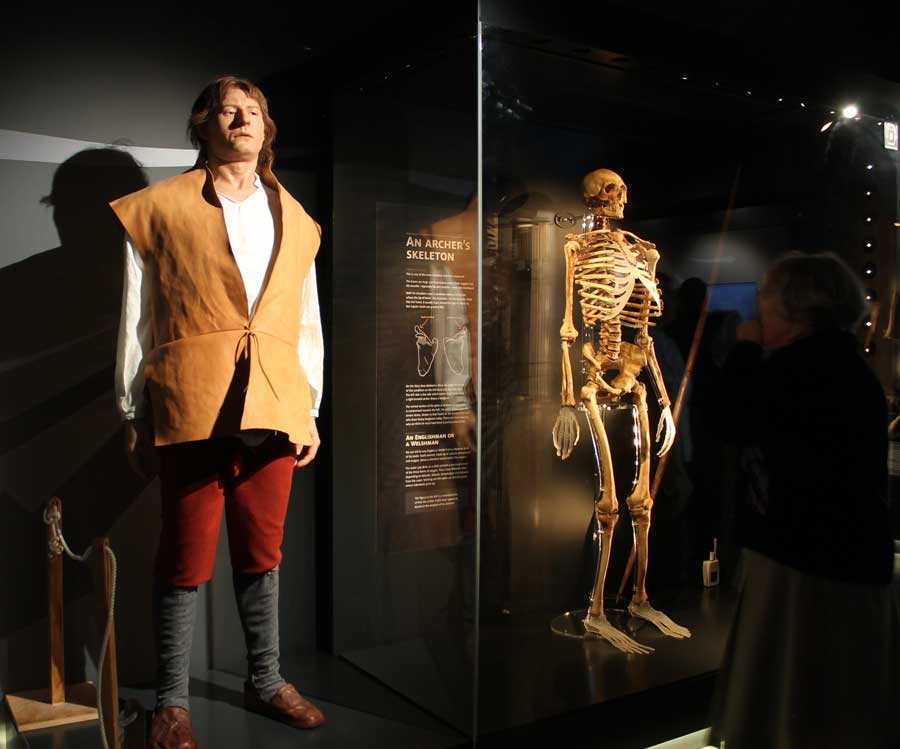 The human race has, over time, gotten a lot  taller. You just have to look at the deck beams on historic ships, with a height of around 4-5ft, to see that people in the past were much smaller than they are today, practically hobbits!

This one has some truth, as levels of nutrition in diet can cause variations in height. However, it’s never been to extremes where the entire population is less than 5ft tall.

The average height on the Mary Rose is 5’7, which is the same height as Star Wars actor Mark Hamill. Now, he might have been a little short for a Stormtrooper, but you wouldn’t mistake him for a hobbit. (Although Martin Freeman, who played Bilbo Baggins in The Hobbit movies, is also 5'7, but that's just confusing the issue.)

So, why are the beams so low? Essentially, it’s due to the material properties of wood. On historic ships you generally have a lot of weight on each deck, be it supplies or heavy bronze and iron guns each weighing a few tonnes. You want a hefty piece of timber to hold that deck up, even if it does mean you bang your head a few times. 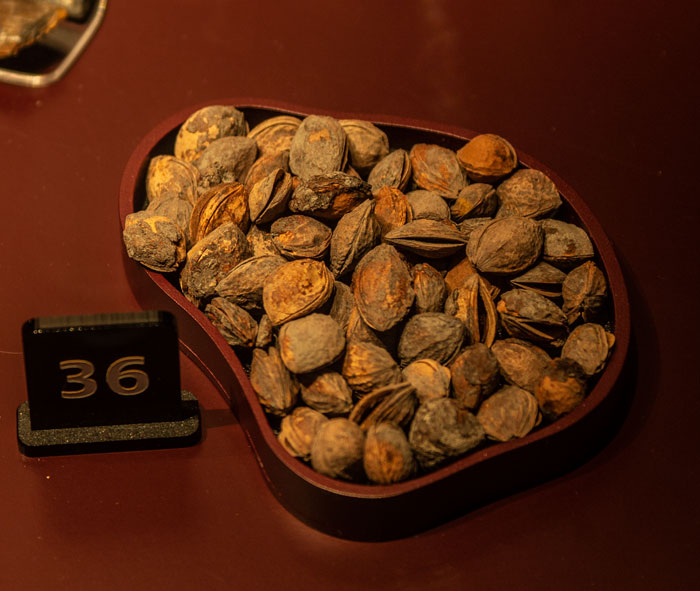 Over 100 varieties of plum were found on the Mary Rose

This is an odd one, as our records only show four varieties of plum; Catalonia, Mirabelle, Cherry and Yellow Cherry plums. Also, we only have between 81-117 plum stones recovered from the ship. Unless every single one was a different variety, it’s unlikely that we could have over 100 varieties.

This seems to have come from a gardening website which mentions we found over a thousand plum stones, and talks about how you can tell the varieties from the stones, which got misread by a different page, then spread from there. It occasionally pops up in lists of “fun food facts”, as do the next two myths… 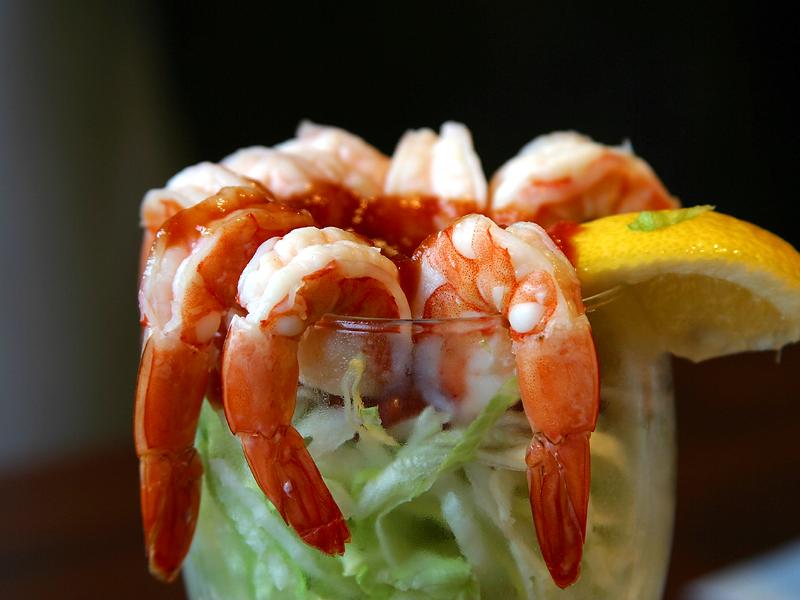 Dive teams on the Mary Rose, apparently looking for a sauce for their prawn cocktails, combined ketchup and mayonnaise and created Mary Rose sauce, with chefs changing the name to 'Marie Rose' as it sounded more continental, as was the craze at the time.

This should be the simplest myth to solve, as we still have a number of divers on our team who were around during this period, so we can ask them.

Not one of them has any recollection of this happening. While they did eat on board the dive vessel Sleipner, none of them ever had a prawn cocktail.

Marie Rose Sauce did become popular in the late 70s/early 80s when TV chef Fanny Craddock featured it in her recipe for prawn cocktails, and since the Mary Rose was in the news a lot during this period, it becomes clear that some people did the sums and came up with a nice story to justify the result. 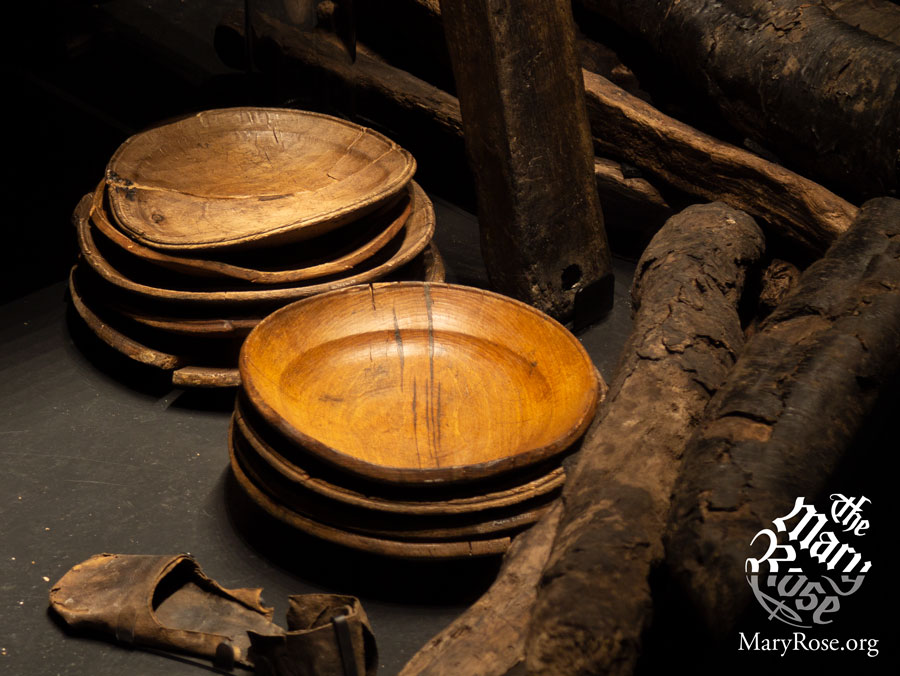 The term “A Square Meal” comes from the square plates used by sailors dating back to the Mary Rose; a sailor had to be well fed, so a “square meal” would be filling and nutritious.

Despite 500 years of naval records, the earliest reference to a “Square Meal” is in 1856, in an advert for a Californian restaurant. Seems unlikely that the Navy would originate, and presumably use, this term, and never write it down.

In any case, when you visit the Mary Rose, you may notice that all our plates are round. There are one or two square trenchers, but they’re used more as a side plate or cutting board, and certainly wouldn’t have given you a filling meal.

Interestingly, a term that does seem to originate in Tudor England is the use of the word “Square” to mean a fair or decent amount. Seems to be a more sensible origin that basing it on the geometry of the crockery...