What caused the loss of Henry VIII's favourite warship?

Despite decades of study, the reason for the sinking of the Mary Rose is still a mystery... 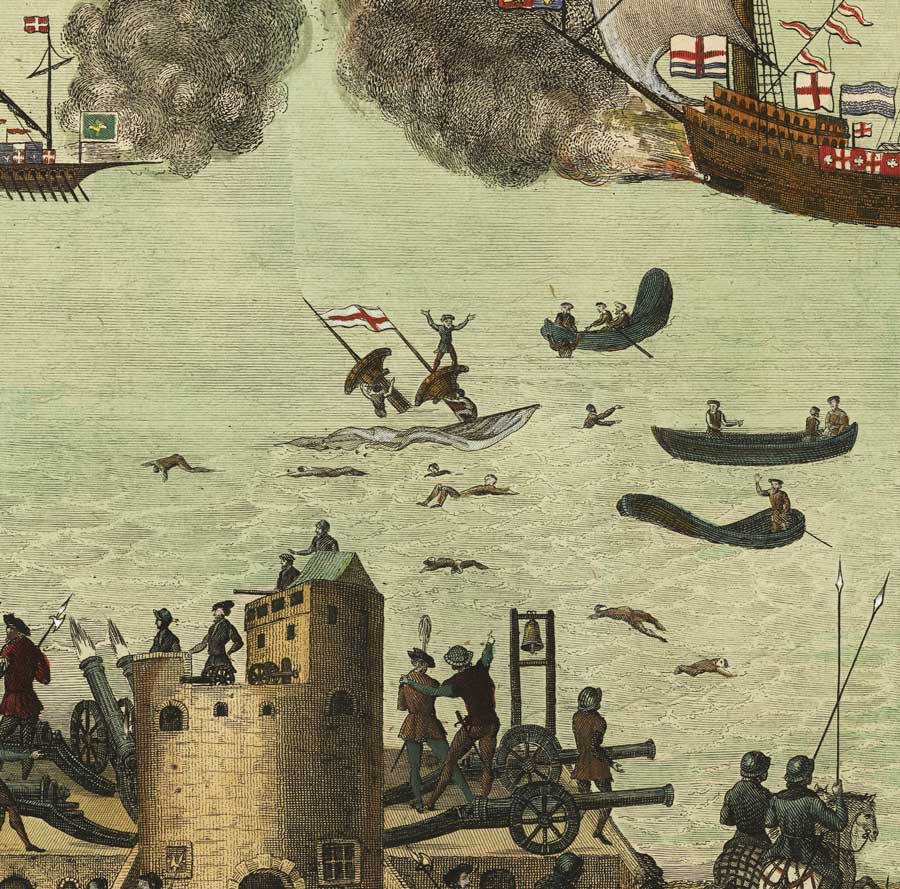 The only confirmed eyewitness, a Flemish sailor who escaped from the sinking vessel, claims that the Mary Rose had fired all of her guns on one side and was turning when her sails were caught in a strong gust of wind, pushing the still open gunports below the waterline.

"Next day, Sunday [19 July], while the King was at dinner on the flagship, the French fleet appeared. The King hurriedly left the flagship and the English sailed to encounter the French, shooting at the galleys, of which five had entered the harbour while the English could not get out for want of wind. Towards the evening the ship [the Mary Rose] of Viceadmiral George Carew foundered, all the 500 men on board being drowned save about 25 or 30 servants, sailors and the like. Was told by a Fleming amongst the survivors that when she heeled over with the wind the water entered by the lowest row of gun ports which had been left open after firing. They expect to recover the ship and guns..."

Other accounts agree that she was turning, but there could be a number of reasons why she sank during this manoeuvre.

Below we present a few of the most common suggestions.

Despite what you may have heard, the Mary Rose did not sink first time out of harbour. She was 34 years old when she sank, and had travelled hundreds of miles, from Scotland in the north to the Atlantic coast of France in the south, during her career.

While it's often claimed that the gunports were cut too low, there is no evidence for this. The presence of scuppers along the main gun deck would suggest that they were a decent height above the waterline.

While it is true that the ship had a refit in 1536, this refit did take place on the Medway, near the river Thames. The Mary Rose would therefore have had to traverse much more turbulent waters than those found in the Solent, so if the ship had been poorly designed she would have sunk then, rather than in the relatively calm waters between Portsmouth and the IsIe of Wight.

Human error?
Were the officers or crew incompetent?

This was Sir George Carew's first naval command, so maybe he was unfamiliar with his new vessel's capabilities, and he gave an order that endangered the ship? Or perhaps the crew just ignored his orders, or were even unable to understand them, leading to disaster?

It is claimed that the admiral called out that he had “the sort of men” that he “could not rule”, but this claim comes from his cousin, possibly trying to protect the family name?

It has also been suggested that some of the crew came from overseas, causing communication problems. However, it wasn't unusual for foreign sailors to work on English ships; in the Mary Rose's first year at sea, she hosted the trial of a Flemish sailor on one of the other ships in the fleet, the eyewitness mentioned earlier was a Flemish survivor of the sinking, and others recovered from the seabed appear to be from as far as Spain, Italy and even North Africa! If the language barrier was such a big issue, why was this standard across the fleet?

Bad weather?
Did bad weather take out the Mary Rose?

Did a gust of wind hit the sails at a crucial moment, making the ship unstable? Eye-witness accounts described a sudden breeze as the Mary Rose made a turn, causing her to capsize.

With the gunports opened for battle, the ship could have flooded and quickly foundered. So why had she never foundered before? Perhaps she had simply become too heavy after a recent refit, which had added extra guns to her firepower.

Overloaded?
Had they put too many guns and soldiers on board?

The guns had been put aboard in London, so she’d managed to traverse the English Channel without mishap, so why did she topple in the Solent? Studies of the size and shape of the Mary Rose, and the weight of the guns that were listed as being onboard during the period in which she sank, suggest that while the ship was carrying a large number of guns for a ship of her size, it was still within the safe limit.

She'd also carried large numbers of soldier before; in 1513 she had been able to transport nearly 1,000 soldiers to Flodden Field in Northumberland, so why would 500, or even 700 as one source claims, make her more unstable?

The French?
Did the French get a lucky hit with their guns?

A French cavalry officer present at the battle stated that the Mary Rose had been sunk by French guns. A cannonball low in the hull would enable water to flood in, making the ship unstable and leading to her sinking.

Perhaps that was why the ship turned so suddenly. Was she aiming to reach the shallows at Spitbank only a few hundred metres away?

A cannonball made of granite, similar to a type found in France, was found in the hold of the Mary Rose. However, it was found in a shot locker, and the stone is also found in areas of the English west country. Were the French trying to justify their failed invasion attempt, which had seen two flagships damaged and the possible loss of a galley, by claiming to sink one of Henry VIII's flagships? 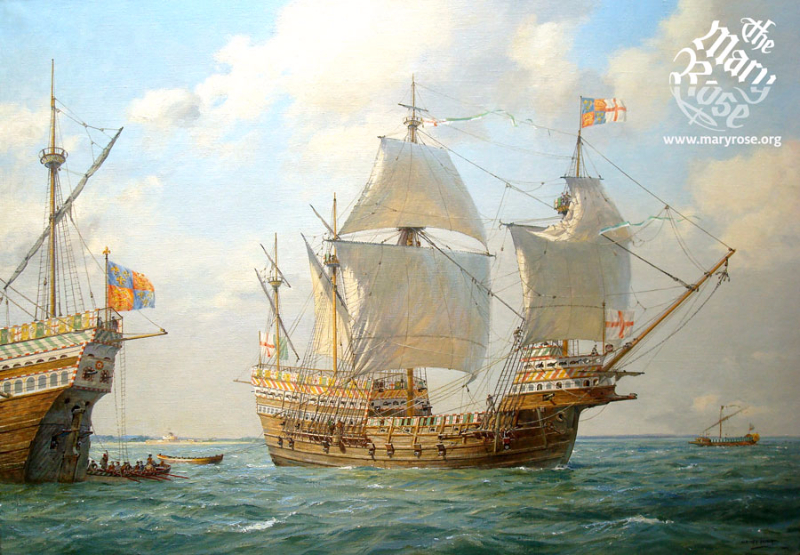 The sinking of the Mary Rose is only part of her story...

Contrary to popular belief, the story of the Mary Rose didn't begin with her loss.

Discover more about her long naval career, the battles she fought in, and the journeys she made, in service to the king between 1511-1545!