In the very early days of the Mary Rose, after Admiral Edward Howard had taken her as his flagship in April 1512, there was very little action. The Battle of St Matthieu in August provided some excitement for the fleet, but the rest was patrolling, and the occasional harassment of French fishing vessels. 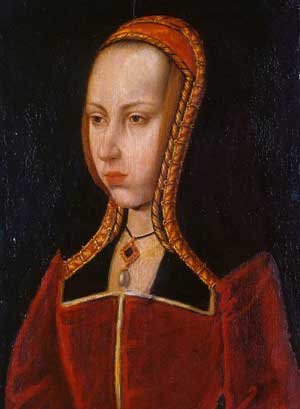 In the September of that year, though, they drew the attention of the Regent of the Netherlands, Margaret of Savoy, who wrote to the Henry VIII himself for reparation be made to one Jacques Berenghier, a resident of ‘good repute’ of Lille (part of the Netherlands at this time, rather than France as it is now) who she claimed had been abducted and forced into service on an English warship, before being tortured, mutilated and threatened with hanging.

Berenghier was a master gunner on the Mary John, a 240 ton ship in Henry VIII’s fleet, who was accused of sabotage by the ship’s principal master gunner Christopher Gibson when he discovered stones wrapped in thick cord in some of the guns under Berenghier’s care, as well as some that were not. Had the guns been fired with these stones hidden within them, they would have misfired, and possibly even exploded. Further evidence for attempted sabotage was based on the presence of fine gunpowder and a striking iron concealed in his shoe, although a less suspicious mind might wonder if this wasn’t just either a convenient place to keep his striking iron, and if he wanted to hide gunpowder, why not just use the powder horn he would have carried as part of his job?

Unfortunately for Berenghier, after a grilling by Admiral Edward Howard on board the Mary Rose, he was returned to the Mary John, where he was tortured for more information, to the extent that he apparently lost a foot. This barbaric act got a confession out of Berenghier, who was sentenced to have his ears cut off and discharged from service.

Was this fair? If Berenghier had been forced into service, perhaps he did sabotage the Mary John as revenge? However, the fact that it wasn’t just his guns that were affected (and would you rig a gun you were going to use to explode?) could mean that anybody could have committed the act. The Regent of Savoy refers to him being “taken for a Frenchman because he spoke the language”, so maybe when attempted sabotage took place, the nearest foreigner became the obvious suspect. Wouldn’t be the first or last time that happened.

Then again, if he was innocent, why did he confess? If he'd continued to plead not guilty, he'd have been let off, wouldn't he? Well, it’s easy to get people to confess to anything under torture, and Berenghier’s appears to have been very severe. Under those conditions, he never stood a chance, and confessing must have seemed like the only way to stop it. this is why most modern intelligence agencies don't accept information extracted under torture; it's not necessarily the truth, just what the victim thinks you want to hear.

We’d like to say this had a happy ending, but sadly there’s no sign of any reparations. An inquiry by the Admiralty claimed that what had happened to Berenghier was all done legally, so presumably no compensation was made. We don’t know what happened to him, but since the story made it to the Regent of the Netherlands he must have found someone important to make his case to her. It’s unlikely he went back to sea though, or trusted the English legal system again.