3,000 galley bricks were recovered from the Mary Rose, and the Mary Rose Trust is working with the University of Kent at Diamond Light Source to learn more about how to look after them

After hundreds of years submerged in sea water, marine archaeological objects are complex materials due to degradation and inclusion of foreign compounds from the surrounding environment. When excavated and exposed to air these can transform to damaging products which can destroy material, resulting in historical loss. The Mary Rose, King Henry VIII’s favourite warship, was made entirely of wood. However, a new paper called “Complementary analysis to de-convolute co-located contaminants in marine archaeological bricks” published today in the Journal of Cultural Heritage reveals how Prof. Eleanor Schofield, Deputy CEO for the Mary Rose Trust and Dr Donna Arnold from the University of Kent, and their teams used Diamond Light Source, the UK’s national synchrotron to examine bricks used in the galley of the Mary Rose warship in two brick ovens to cook warm food for more than 400 sailors and soldiers.

In October 2022 the Trust will celebrate the 40th anniversary of recovering the starboard side of the Mary Rose. The hull is displayed within a purpose-built museum in Portsmouth Historic Dockyard, surrounded by some of the 19,000 objects found during the excavation. Over 3,000 of these were bricks from the ovens. After initial washing treatments to remove the salty seawater the bricks were dried and then either put on display as part of an impressive reconstruction of one of the ovens, or put into storage. Prof. Schofield explains; “These bricks were thought to be stable and inert, however, salt crystals started to become visible on the surface of the bricks. These crystals were a worrying sign and indicative of potentially serious and continuous damage that was being caused deep within these precious historical artefacts.”

“The key to preserving these important artefacts comes from understanding the chemical and physical processes that are occurring inside the bricks. It was essential to use non-destructive techniques that do not damage the bricks but reveal subtle internal processes that can help us preserve them for centuries to come”, adds Dr Donna Arnold. 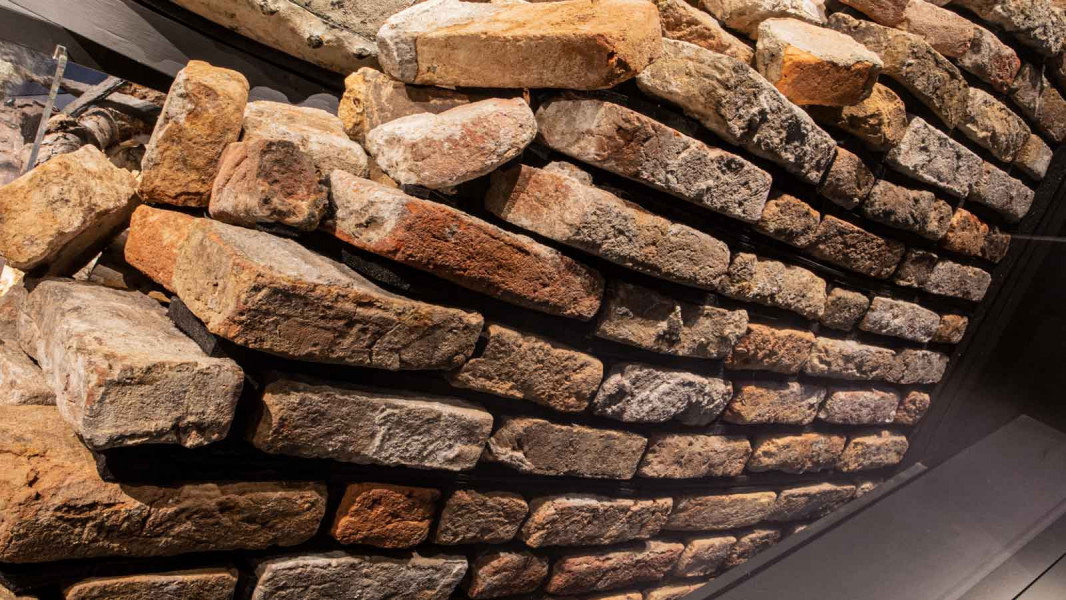 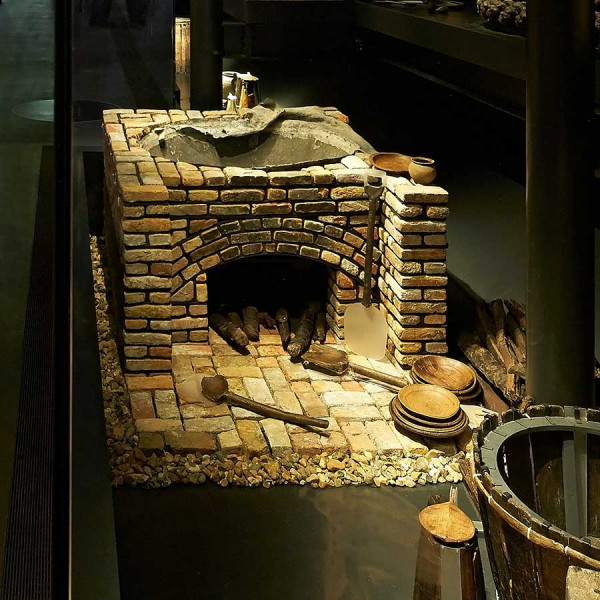 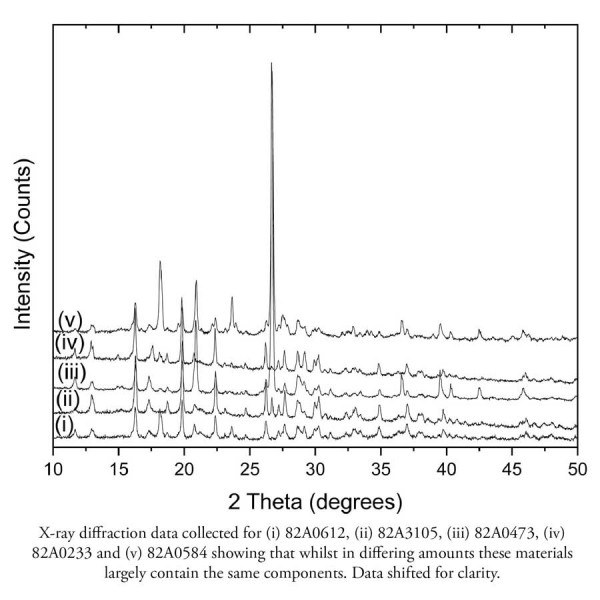 The team of researchers set out to understand what compounds were present in the bricks and understand the crystallisation process. Knowing exactly what is happening enables them to devise strategies to prevent further damage to the bricks. The team used a variety of techniques at Diamond such as scanning electron microscopy, electron-dispersive X-ray spectroscopy and X-ray diffraction (XRD). The synchrotron-based X-ray diffraction experiments gave much higher resolution results as well as an improved signal to noise ratio. Additionally, the peaks on the graphs that are needed to identify compounds in the sample were much sharper in the XRD measurements from the synchrotron. This meant that multiple peaks could be separated more easily, giving rise to more accurate analysis of the data. And the results showed that iron and calcium salts were present in the brick samples, as well as silicon oxide which is the main components of the bricks.

The researchers also looked into the properties of the different salt crystals as they formed and dissolved. By using scanning electron microscopy, it was possible to see that the salts containing calcium and the salts containing iron had different morphologies which could affect how they grow inside the bricks. The team also discovered that as the salts dissolved, they eventually created an acidic environment which could also be detrimental to the structure of the bricks.

Dr Donna Arnold comments: “This is the first step to developing strategies to prevent any further damage to these precious historical artefacts. Further work still needs to be done to more fully understand the salt formation, including a more detailed analysis of the various phases present. However, we now have the knowledge that is needed to begin to devise strategies to counteract the damage from salts.”

She went on to observe that there was no sodium or chlorine detected in the bricks. This could be considered odd given the material that had spent centuries at the bottom of the sea – and sodium and chlorine are the molecular components of sea salt. She explains that their absence is the results of successful early conservation work on the bricks which sought to remove all of the sea salt that could have caused damage. “This work brings hope along with the new knowledge gathered at Diamond, that we can find a way to preserve the Mary Rose oven bricks. As only once it is understood what these materials are made of or contain, can conservators understand what strategies, whether a treatment or storage conditions, are going to ensure the objects survival and allow us to keep displaying and sharing the story of the Mary Rose for as many years as possible,” concludes Prof. Schofield.

Read the full article in the Journal of Cultural Heritage