See the past come to life with new technologies courtesy of the University of Portsmouth.

The University of Portsmouth’s Centre for Creative and Immersive eXtended Reality (CCIXR) Enabling XR Enterprise (eXRe) development team has been working with The Mary Rose trust to develop alternative ways to tell the story of the Mary Rose and engage visitors through immersive technology.

For this project, the development team has used Unreal Engine to create a 3D rendered, underwater environment, depicting a diver’s perspective of the Mary Rose wreck on the seabed as it loosely transforms into an imaginative vision of the full ship.

Using different visual and interactive outputs, the transformation from wreck to fully reimagined ship can be experienced by viewers using multiple immersive platforms.

This exhibition is free with a valid Mary Rose museum ticket.

What can you see?

Using scanned photogrammetry data of the wreck in combination with 3D digital renders, this model of the Mary Rose has been built to form up around the surviving wreck on display in the Ship Hall opposite.

The Holofan uses strips of LED lights on four blades that turn at high speed to show holographic-like images and videos that appear to be floating in mid-air.

This interactive animation is a journey through the wreck site of the Mary Rose as re-imagined by the archaeologists who dived during the excavations.

Using leap motion technology, guide yourself around the wreck – as it was on the seabed before being raised in October 1982 – and explore the environment that she survived in for 437 years.

Wave your hands over the sensor to interact with the animation. 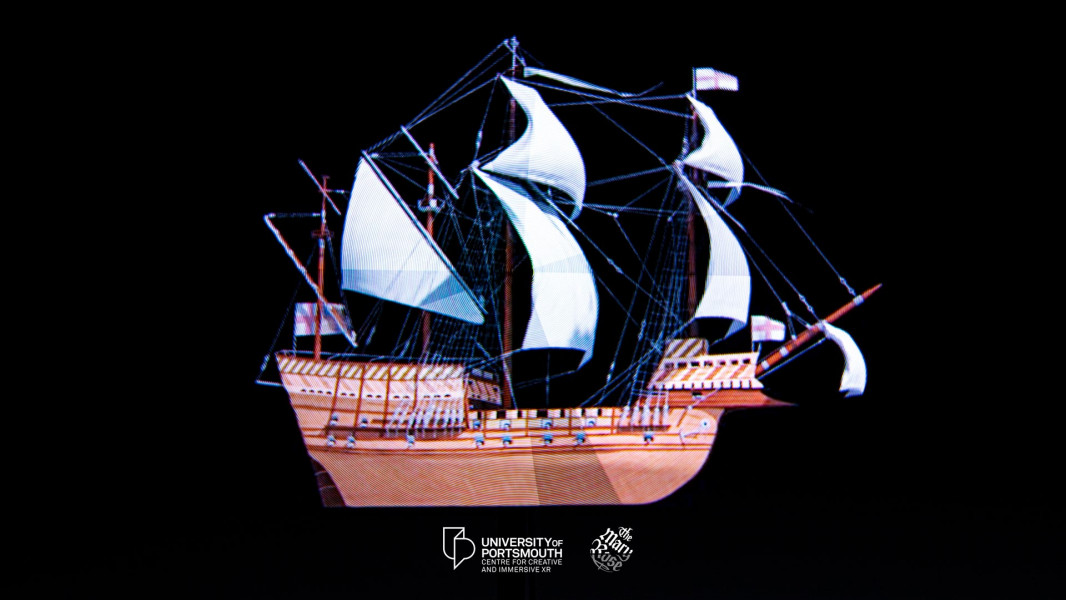