"I’m Jane and I volunteer with the Learning team completing administration and research projects. Over the summer, we have taken part in the HAF FUN Pompey community programme with two sessions on Tudor food and medicine in partnership with Groundlings Theatre. Using evidence from the Mary Rose, we can discuss modern concerns around wellbeing in a fun way." 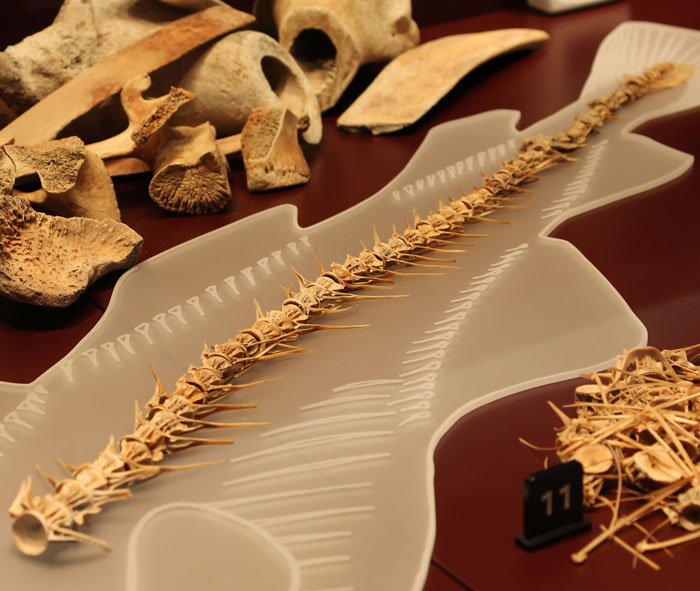 Did the crew have a balanced diet? Did they get their ‘five a day’ fruit and vegetables? Our hands-on activities encourage children to find out for themselves and think about how our diet today compares. Children weigh out the ration of ship’s biscuits for one man on one day – about 500g in modern measurements. Very dry and salty (often with added protein in the form of weevils), they gave little nutrition, but were cheap and filling. However, the evidence shows that they weren’t just living on ship’s biscuits – in fact none survived in the wreck. Their diet included pork, beef and bacon, preserved and stored in wooden casks; and we know they ate fish, salted or air dried, from the bones found. They would also have eaten butter, cheese and dried peas. We also found stones from fruit such as plums. The rich had more choice. We know that their food was flavoured with pepper and hops, and perhaps herbs. Compared to the choice of food we enjoy today, the Tudor diet was fairly boring!

As for drink, beer or ale was safer to drink than water, which would quickly have become contaminated. Each man was allocated seven gallons of beer per week; several fine wooden tankards found on the ship are displayed in the Museum. But their diet was significantly lacking in fresh food, and the lack of vitamin C would have resulted in the risk of scurvy; some of the skeletal remains indicate this, as well as iron deficiency and/or anaemia. Few of the crew would have lived for longer than 30 years, as the work was very hard, and injuries from accidents on board in a time before ‘health and safety’ were a constant hazard.

Disease too took its toll; rats on the ship spread disease. One of our most popular exhibits, the dog’s skeleton – affectionately known as ‘Hatch’ (because he was found near the carpenter’s door)- would have carried out the vital task of keeping rat numbers down. Intestinal worms and other parasites would have been common, as well as lice. A large number of wooden nit combs were found of exactly the same design as today.

The welfare of the men was important and if they were injured, or became ill, their needs were attended to by a barber-surgeon. Infection and blood loss from wounds were risks, as well as diseases spread by men who came on board with pre-existing conditions. Food poisoning, dysentery, and lung infections are mentioned in accounts of shipboard life. The barber surgeon would do his best to treat the problems, which might include the necessity to amputate limbs. He was also the ship’s dentist. Although young, many of the men were missing many teeth and evidence of severe infections eating away at the bone is present in the human remains. Looking at these terrible Tudor teeth really encourages children to care for their own!

The skeletal remains and artefacts from the Mary Rose have so much to tell us about those who lived and died on board and provide us with a unique lens to view how we live today.