Everybody goes to the toilet, even in Tudor times, but what facilities were available on the Mary Rose? 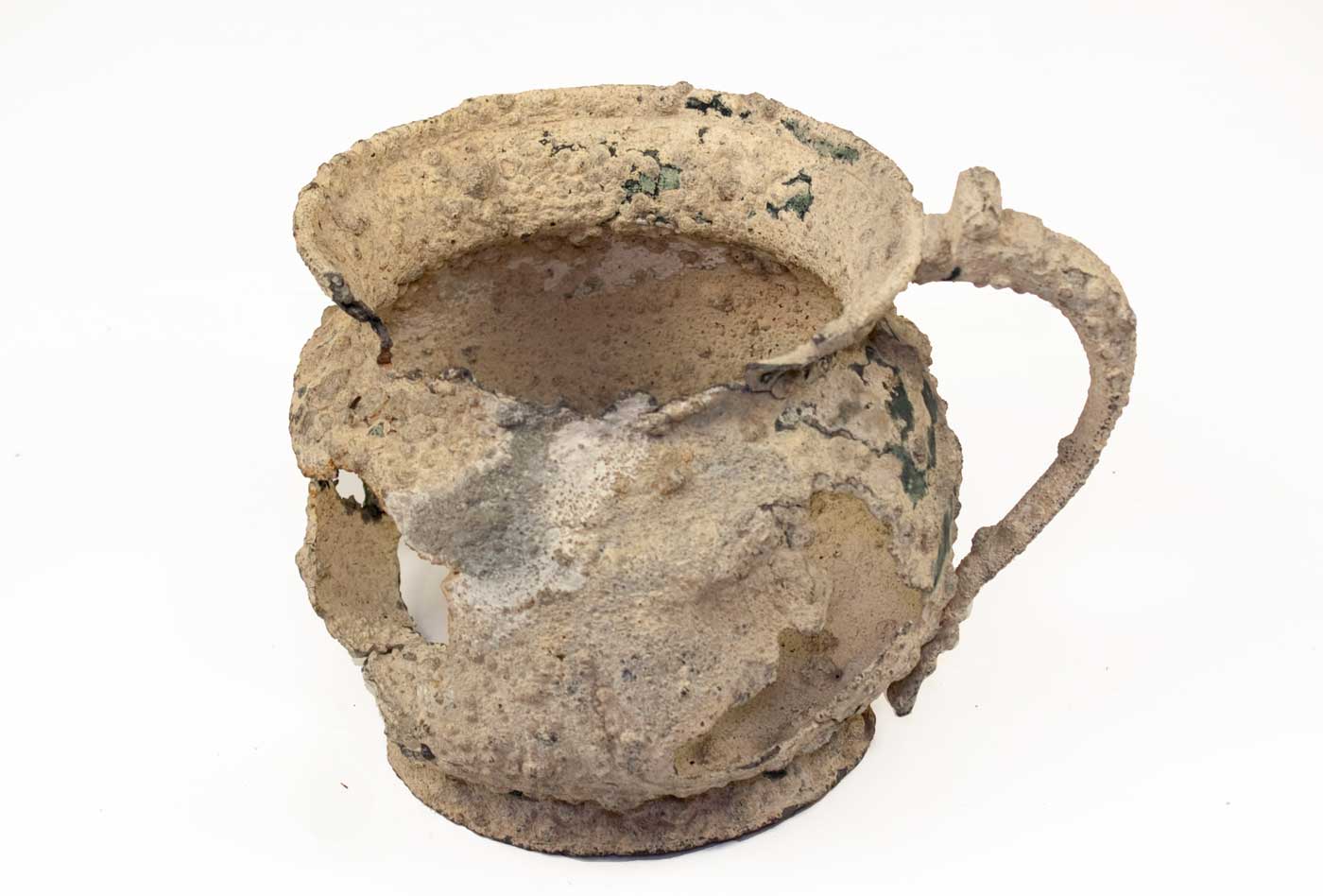 There is little to show what the crew did when they were ‘caught short’, as on vessels of this time the toilets, or heads, were usually located at the very front, or bow of the ship, which we sadly don’t have. However, we do have evidence of some alternative lavatory arrangements.

At least one of the officers owned a chamber pot, made of pewter, which he could use, and then get a boy to empty. Only one has been found, in a scourpit beneath the rear end of the ship, so whether it was a communal pot or just a sole survivor we don’t know. Certainly, other pewter objects recovered from this area were poorly preserved, so it could be each officer had their own pot, they just haven’t made it to the present day!

Meanwhile, on the upper deck below the sterncastle, where due to a large number of personal chests, we believe the crew spent their down-time, there is a gulley, or ‘dale’, that doesn’t seem to be connected to a pump, where it would allow water to be pumped up from within the ship and over the side. Due to its location it has been suggested that this may have been used as a ‘Piss Dale’, essentially a toilet trough that the crew could use without having to make the journey to the other end of the ship. It wouldn’t have offered much in the way of privacy, but that wasn’t a luxury that the crew would have been familiar with anyway. Probably stank a bit too, with the crew living on beer! Obviously, this would only be useful if they needed a wee; if they needed to poop, they had to go to the heads.

On that note, the Poop Deck, a small deck forming the roof of an aft cabin which the Mary Rose may or may not have had, had nothing to do with toilets; it comes from the French La Poupe, or Stern. In any case, the word poop only started being used as a verb in its modern sense in the early 1900s.

Toilet Facilities on the Mary Rose

based on information from