Everybody knows that the Mary Rose sank (even if they're not sure of at what point in her career), but why she sank is still a bit of a mystery.

Elsewhere on this very site we have a list of four of the most likely theories for why the Mary Rose sank, but people do like to come up with alternatives, some of which are less likely than others... 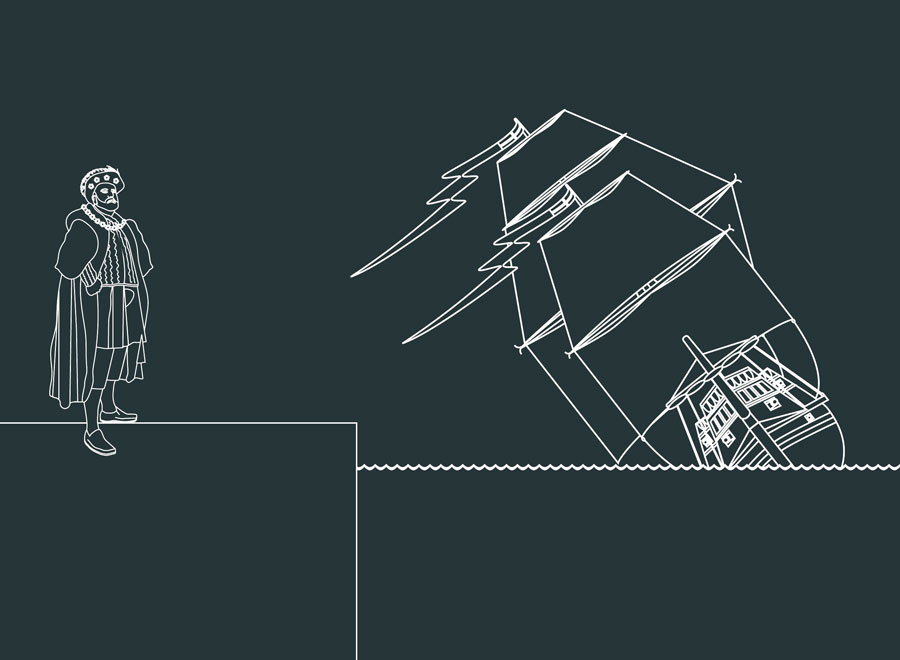 1. “The crew all rushed to one side to see the King at Southsea Castle.”

This is a surprisingly popular one. Apart from the fact that at the time the crew were in battle, so sightseeing was probably not a priority, Southsea Castle is over a mile from where the Mary Rose sank. Even at his widest girth, Henry would have been nothing more than a small dot on the coastline.

Out on the wreck site there is a marker buoy, about 3 metres tall. If you look out from Southsea Castle, where Henry VIII watched the ship sink, it’s a speck on the water. You can see it clearer with a telescope, but they weren't officially invented until 1608. Therefore, there was no way they would have seen him, identified him and thought it was worth looking at.

On a related note…

1a. “The crew all rushed to one side to see a whale/dolphin”

1b. “The crew all rushed to one side to see a mermaid/sea monster” 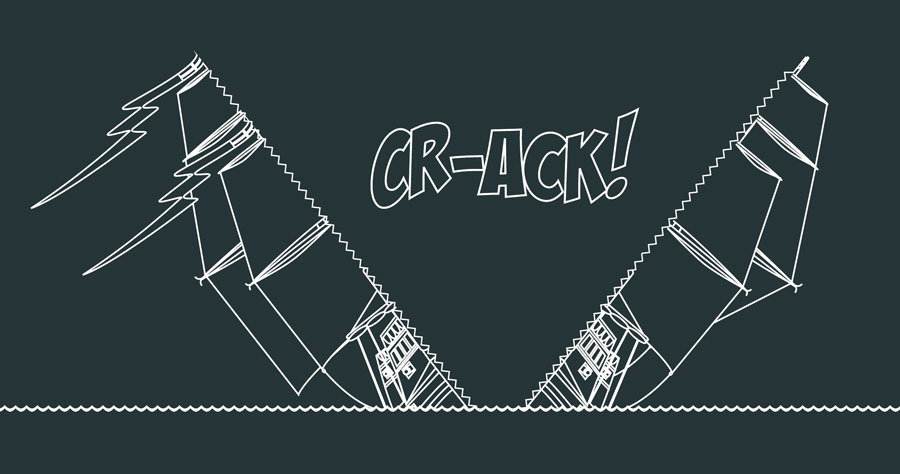 2. “She was structurally unstable, so as she sailed out, she suddenly split down the middle”

A theory that brings to mind that scene in ‘Spider-Man Homecoming’ where Spiderman accidentally cuts the ship in half with a laser, while this is a nice attempt to explain why we only have half a ship, there is absolutely no evidence of this happening at the time of her sinking, and something like that would have at least been mentioned. In any case, ships are usually held together by the water around them, it’s only once you take them out they start to distort.

Also, despite what some people seem to think they remember, the loud CRUNCH when the ship was raised was nothing to do with the other half falling off back into the Solent

Now, this isn’t really a theory, and more of confusing a Tudor warship with the Titanic. They are both ships that sank in the past, and the Titanic did pass very close to the wreck site of the Mary Rose after she set off from Southampton, but that’s the only real link.

Also, nobody at the time mentions an iceberg being involved, or comments on how odd it is to see a large lump of ice off the coast of southern England at the height of summer. 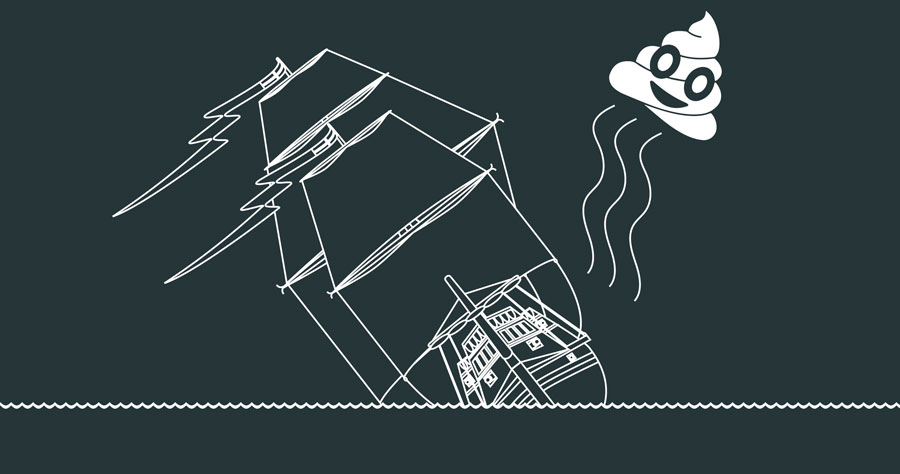 4. “The gun ports were open to let out the smell of poo”

One of the things we know about the sinking of the Mary Rose is that when she came to rest on the sea bed, the gun ports on her starboard side were open. While we’ll never know the reason why they weren’t closed, we did get a suggestion that due to an outbreak of dysentery on board the Mary Rose, the crew were in the habit of leaving the gun ports open. Now, there is a reference to dysentery being suffered on the Mary Rose before she sank, but even then it’s unlikely that they would leave the gun ports in such a position when making a turn.

In any case, we think it’s much more likely that they were open so the guns could be used to shoot at the French… 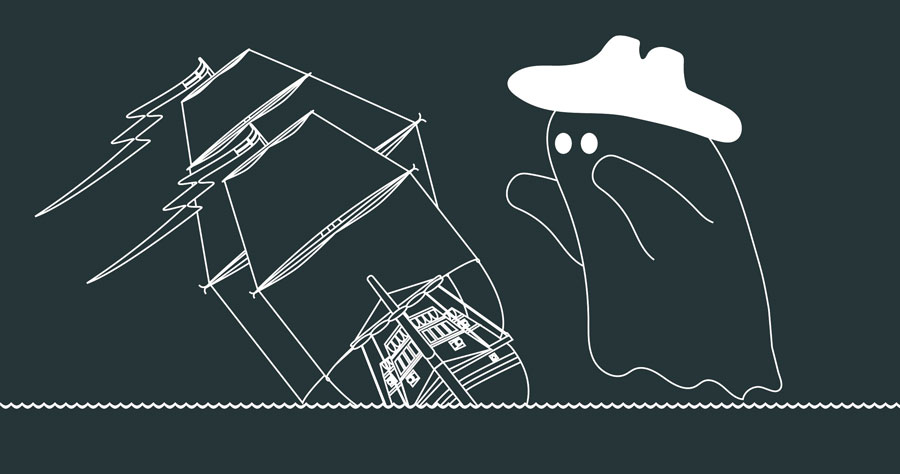 5. “The Spanish crew members were frightened by the ghost of a cruel former captain of theirs, and they panicked.”

Yes, this has genuinely been suggested, based on the ‘deductions’ of a ‘Psychic Detective’ in a weekly magazine which also features a horse that gives careers advice. It’s hard to know where to start with this one, but this came very soon after a study was published claiming that the crew of the Mary Rose were mostly Spanish (which has since been disputed), so it’s more likely to be based on the ‘detective’ trying to be topical than having any basis in fact.

Also, there are no such things as ghosts.

Why did the Mary Rose sink?
We don't know for certain why she actually sank, but we do have theories that are a lot more likely than the ones featured above!
Find out more