For almost three decades since being raised from the Solent, the hull of the Mary Rose – Henry VIII’s 500-year-old flagship – has been continuously sprayed, first with chilled fresh water to remove salt and then with Polyethlene Glycol (PEG), a water soluble wax.

Now, just four weeks from the official opening of the new £27m Mary Rose Museum, staff at Portsmouth Historic Dockyard have announced that these spray jets have been turned off for the last time today (Monday 29th April), marking a new historic milestone in the conservation of the ship.

The Tudor warship will now enter into an air drying phase, where over 100 tons of water will be extracted from the hull over the next 4 to 5 years. With a pioneering building design, the new museum encircles a “Hot Box” chamber that houses the hull of the ship as this highly technical drying out process takes place. This notable design will enable visitors the intriguing opportunity to see conservation in action through windows into the airtight chamber where the hull lies, as fabric ducts direct conditioned air, in a highly sophisticated pattern, to gradually remove water from the wood. This carefully monitored process has only been executed on this scale on the Swedish warship Vasa, and the Mary Rose Trust has worked closely with them to learn from their experience and the Trust team are now considered to be the leading experts on maritime conservation in the world.

Once drying is complete in 2016, the internal walls will be removed and visitors will be able to see a completely unobstructed view of the hull – further enhancing the visitor experience and the connections between the hull and the artefacts.

Mark Jones, Head of Conservation at the Mary Rose Trust commented: ”The conservation of Henry VIII’s warship Mary Rose has been one of the largest and most complex programmes of this type ever undertaken. Now we reach a milestone as after 19 years of spraying the hull with PEG, we are switching the sprays off for the final phase of conservation to begin. It really will be a unique chance for visitors to see our dedicated team preserve such a treasured artefact as they can see through windows into the ‘hotbox’ containing the Mary Rose when the new museum opens.”

The Mary Rose is the only sixteenth century warship on display anywhere in the world.  The ongoing £35m heritage project to build the new museum and complete the current conservation programme on the ship and her contents has received £23m from the Heritage Lottery Fund (HLF). The HLF has been an ongoing supporter of the Mary Rose and, in addition to its £23m investment has awarded a number of other grants totalling £9.5 million over the past 18 years.

The opening marks 30 years since the hull of the Mary Rose was raised from the Solent in 1982 and 437 years after she sank on 19 July, 1545: when their world ended, our story began. The ship sank in full view of King Henry VIII while leading the attack on a French invasion fleet during the Battle of The Solent.

The new museum finally reunites the ship with the many thousands of the 19,000 artefacts raised from the wreck.  The excavation and salvage of the Mary Rose created a milestone in the field of maritime archaeology and remains the largest underwater excavation and recovery ever undertaken in the world. 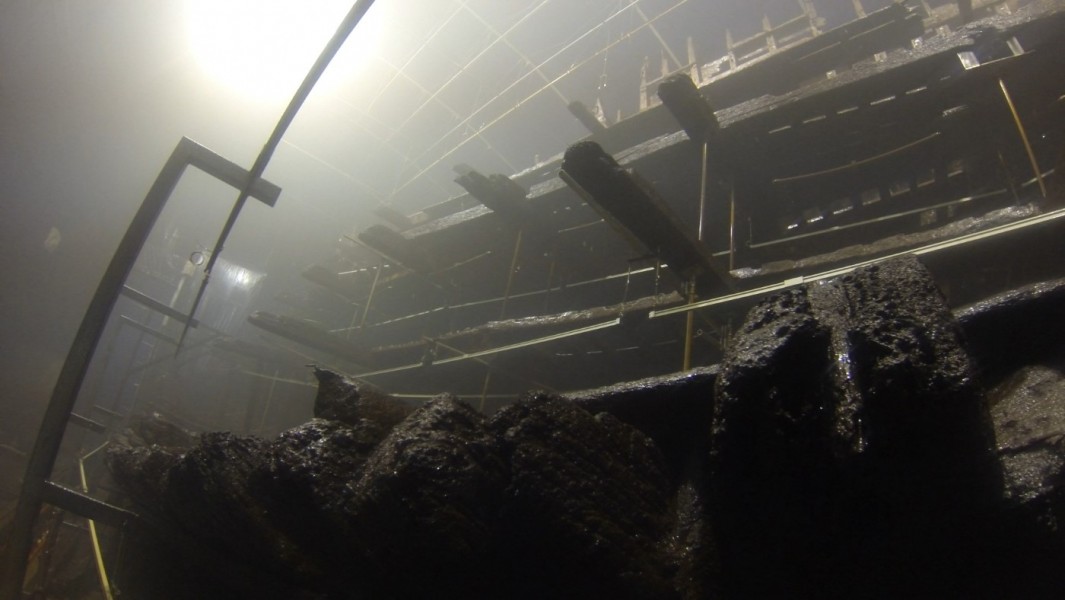