“All at the Mary Rose Trust are deeply saddened to learn that Doctor Margaret Rule has died. For very nearly 50 years, her name has been synonymous with that of the Mary Rose, Henry VIII’s flagship, she having been the archaeological director of the remarkable excavation.

“It was some 50 years ago that Margaret Rule was invited by Alexander McKee to join the team searching for the Mary Rose as an experienced land archaeologist, and her role thereafter was fundamental to the success of the project.  Resolute, professional, full of drive and determination to fulfil the mission against the odds, she oversaw what is recognised to be the world’s largest maritime excavation, and one which set the benchmarks for future projects. She was the front figure for the Trust in those first, vital stages of the project and successfully managed to get the vital backing and funding.

Following the discovery, she learnt to dive to be able to supervise the work, and set new standards of maritime archaeology, being central to the oversight  of a close team that fought against the odds to recover the ship. Her sheer drive and will power had much to do with the eventual success.   Margaret was an inspiration to the countless staff and volunteers involved both then and ever since.

I have had the privilege of getting to know her well over these last twelve years, and was able to keep her closely informed of all the continuous progress. She was so very pleased to see the newly finished museum, and loved it – a dream she had had all those years ago.

The Mary Rose is very much her legacy to the nation.” 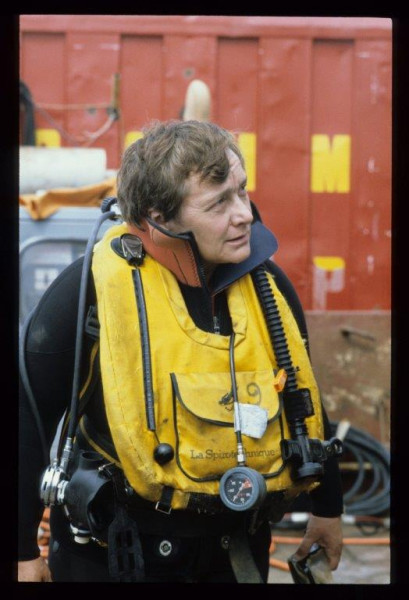