Below is the tribute originally made to him in 1992 in the pages of the Mary Rose Trust newsletter.

WITHOUT the drive and enthusiasm of Alexander McKee who died on Wednesday, 22nd July the Mary Rose may never have been found.

In 1965 as an amateur diver he instigated Project Solent Ships and along with other divers from the Southsea branch of the British Sub-Aqua Club spent many months beneath the murky waters of the Solent attempting to discover a number of well-documented historic wrecks ranging from the 16th century to the present day.

As a journalist, he was ideal to lead the operation. Paying tribute Margaret Rule said

'Alexander had imagination, energy and the enthusiasm to persevere with what was a pretty unglamorous project. Many divers prefer to look for wrecks in clearer, warmer waters.

'The Trust has lost a man with unparalleled perception and drive. Marine heritage owes him a great debt.'

She had first met Alexander McKee in 1965 when he attended her extra-mural lectures on field archaeology at Southampton University and suggested she could bring archaeological expertise to the project. Margaret was excavating at Fishbourne Roman Palace and they both felt that the principles of land archaeology could be applied underwater.

In 1967, with the aid of sonar scanning, they believed they had found the site where the Mary Rose lay. This led to the Mary Rose (1967) committee being formed - a tight knit group of Alex McKee, Margaret Rule, Lt Cdr Alan Bax who was an amateur marine archaeologist and Bill Majer, a trustee of the Society for Nautical Research.

The committee leased the seabed site from the Crown Estate Commissioners and the years of painstaking research and exploration to determine the position and scale of the wreck began for the team which had very little equipment and no funding.

During the 1970s, Alex McKee spent every minute of his spare time directing the volunteer divers. He discovered major finds of a wrought iron gun and an oak plank from the Mary Rose in 1970 at a time when spirits were low. The first sighting of the hull was on 1st May 1971 and the project which remains the world's largest underwater archaeological excavation took on new impetus. The Mary Rose Trust was formed in 1979 with Alex McKee as a founder Trustee to secure the funds and employ the expertise required to raise the ship. Mr McKee was awarded the OBE in 1983 for discovering the Mary Rose. 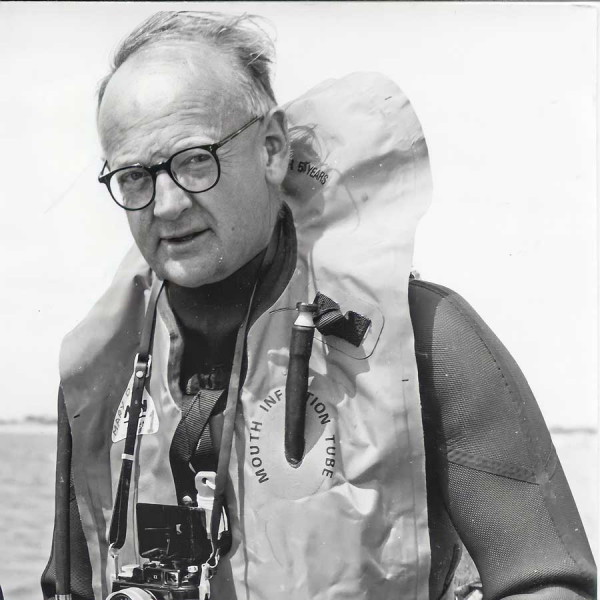