Meet the Surgeon | The Mary Rose
Meet The Surgeon

“Welcome to a world of pain, disease, medicine and haircuts, the world of the Tudor surgeon!

I have a very important job on-board the Mary Rose – healing wounds, making medicines, doing operations, pulling teeth and making sure the crew are fighting fit.”

Discover more men of the Mary Rose!
The Surgeon’s Cabin

The surgeon’s cabin was very small and dark, with only enough room inside for the surgeon and his chest of tools and medicines.

We think he may have taken his patients down to a lower deck where there was more space to treat them.

People didn’t look after their teeth in Tudor times.

The men of the Mary Rose had a lot of cavities, and missing teeth.

The surgeon would act as the dentist. However, the only real treatment he had for toothache was to pull the teeth out with pliers, often without anaesthetic. 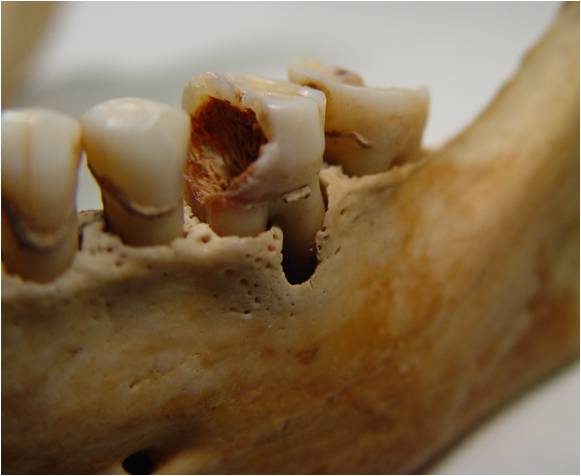 The surgeon would try to mend broken arms or legs, using splints to help the bone heal. If this didn’t work, he might have to amputate, cutting off the damaged arm or leg. Luckily, this wasn’t done very often.

There was no effective anaesthetic at the time, so the surgeon would have to work very quickly. The surgeon would use sharp tools to cut through the flesh and bone, then would seal the wound with heat to stop bleeding.

The theory of the four humours was an ancient idea, still popular in Tudor times. It wasn’t until the 1800s that it was abandoned.

It was thought at the time that there were four liquids in the body; blood, phlegm, black bile and yellow bile. These were called the ‘humours’. It was believed that people became sick when the liquids were out of balance.

One of the ways a surgeon could try to keep a patients’ humours in balance was to bleed them. This was done by opening a vein and catching the blood in a bowl like the one found on the Mary Rose.

The surgeon could also use leeches. The patient wouldn’t feel any pain because the leeches have an anaesthetic in their saliva. Leeches are sometimes used today, although bleeding is no longer practised. 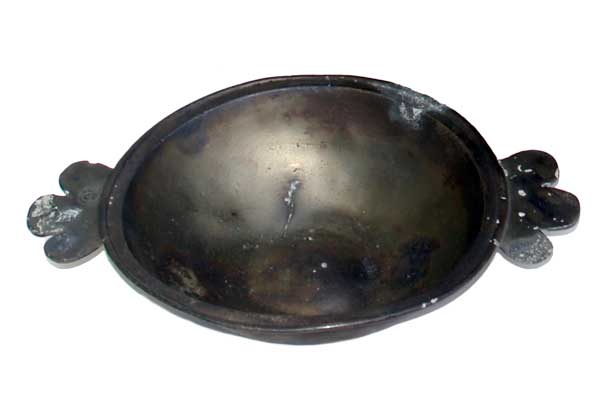 The surgeon’s chest found on the Mary Rose contained the largest collection of Tudor medical supplies. This includes many medicines, still in their original containers

Nine of the wooden containers in the chest contained ointments. Some of them may have been used to prepare dressings. We also found spatulas, which might have been used to apply the ointments, either to the patient or to bandages.

A wooden container full of peppercorns was also found in the chest, these could have been used as a medicine to help a patient expel wind. Many Tudor medicines were made from herbs and spices, some of which are still used today. The surgeon would have books full of herbal remedies. 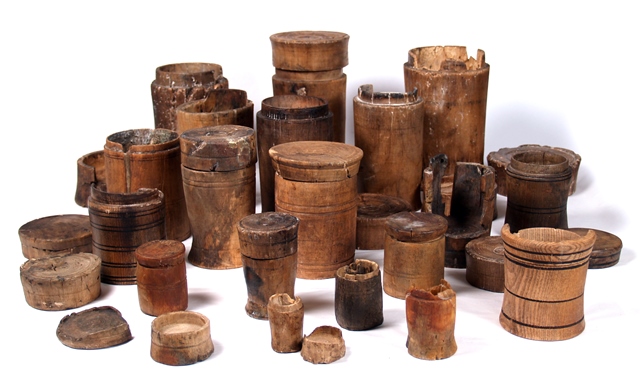 Some treatments were worse than others.

Some diseases were treated by injecting the sufferer with a poisonous liquid metal called mercury.

Not only did the treatment not work, mercury makes you go mad!

Some of the mercury, and a syringe for this job, was found on the Mary Rose. 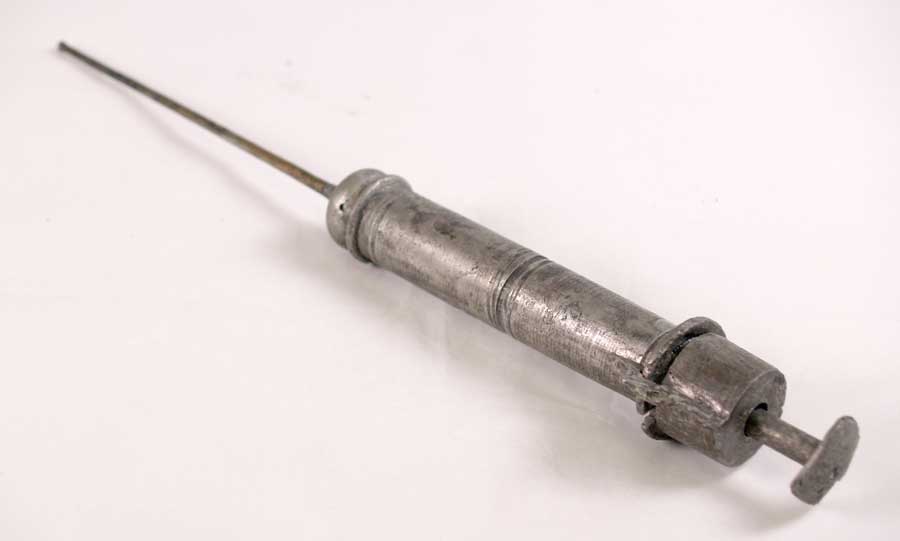 There’s very little evidence of diseases from the human remains found on the ship. However, ships contained a lot of men all crowded together, so disease could spread very quickly. Luckily, the crew had ways of protecting themselves from getting ill.

Headlice were a common problem on-board ships, much as they are in schools today!

The crew of the Mary Rose would use nit combs to remove lice and fleas from their hair. 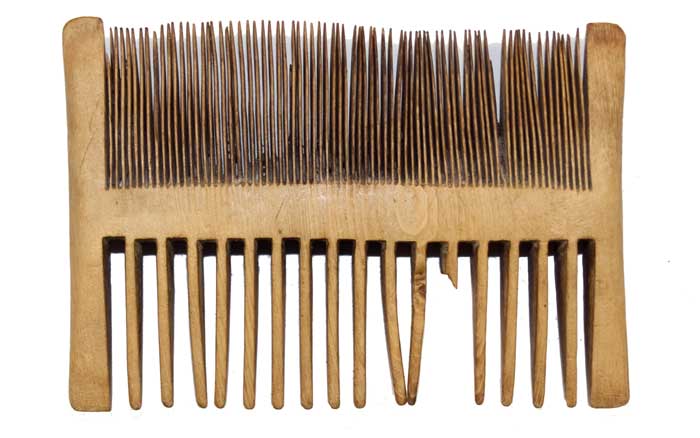 The men of the Mary Rose would have known that keeping clean was the key to good health.

We found many items that were important for this, including a manicure set!

Nobody knew the real cause of disease; some people thought it was caused by bad air, and carried pomanders full of sweet herbs and spices to keep the smells away. 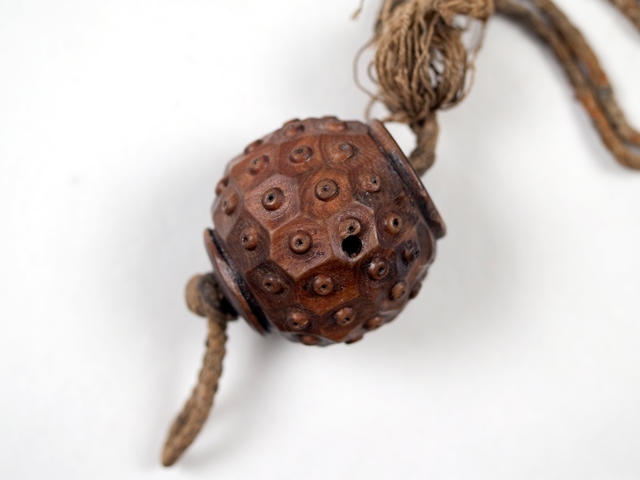 Among the surgeon’s belongings was a wooden feeding bottle, used to feed a sailor who was too ill or injured to feed themselves.

It might have been filled with a stew or a type of broth to make it easy to administer them much needed nutritious food. 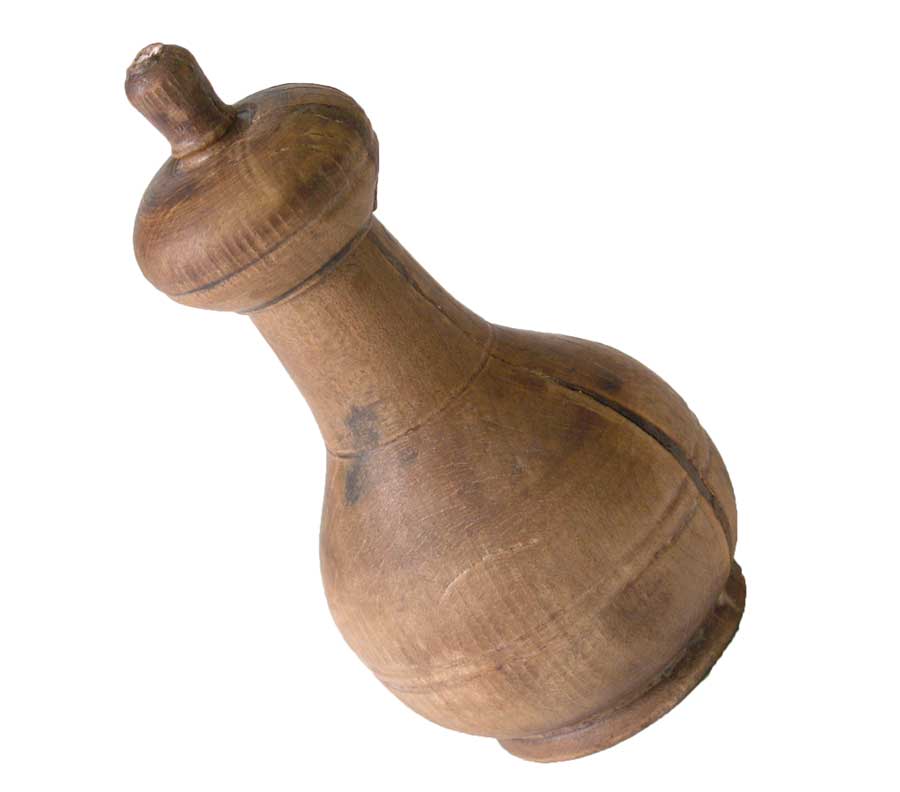 The surgeon’s assistant would have carried out basic jobs, such as washing and cutting hair for the crew. The tools used to do this were found in the surgeon’s cabin. These included combs, a shaving bowl and razors.

The razors had long blades that folded back into the handles. Unfortunately, the blades of the barber-surgeon’s tools have all rusted away.

You had to be careful using these razors; it was very easy to cut the person you were shaving.

Another name for them is cut-throat razors!

This brass shaving bowl comes from the surgeon’s cabin. There is a scoop taken out of the rim so that the bowl can fit tightly against the person’s neck. 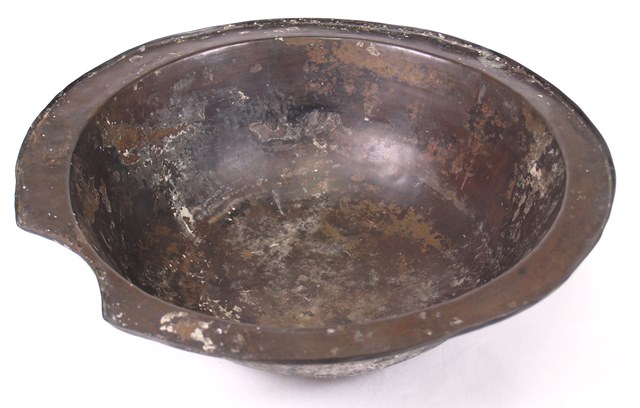