The Prince was given a tour of the old museum and its collection before taking part in the foundation stone ceremony for the new Mary Rose museum.

In the foreword to the commemorative programme Prince Harry says: “I am delighted to be able to mark another milestone today in the extraordinary history of the Mary Rose. This Foundation Stone in Portsmouth’s Historic Dockyard moves us a step closer to turning the vision and hard work of so many over the past 30 years – some might say 500 years – into reality. This will be a special place of celebration and learning for future generations, and one of commemoration for the English sailors and soldiers who lost their lives in the disaster on 19th July, 1545.

I would like to acknowledge the longstanding support for this project of my father, The Prince of Wales. I am so pleased to be building – quite literally – on his good work of so many years.

I wish every success to the volunteers and world leading experts, who are working towards the completion of the new Mary Rose Museum.”

During his tour of the museum the Prince met with current staff and volunteers, including four divers from the 1982 excavation who are still working for the trust. He handled some of the artefacts recovered from the wreck before meeting with students from the Mary Rose School and then moving into the classroom to meet pupils from St John’s Catholic Primary School. He was then put through his paces by Crookhorn College of Technology when he helped them take part in a Tudor gun drill.

Prince Harry then arrived in Victory arena where he met with other staff and supporters and those involved with the construction of the new museum. During the official ceremony, John Lippiett, Chief Executive of the Mary Rose Trust presented the Prince with one of the Mary Rose £2 commemorative gold coins produced by the Royal Mint.

The Prince then proceeded to the construction site to lay the foundation stone of the new museum, marking the next major milestone in the history of the Mary Rose.

John Lippiett commented: “The Mary Rose Trust is thrilled that Prince Harry laid the Foundation Stone of our new museum. This ceremony marks a very important milestone in the long project to conserve and exhibit this iconic ship and her unique collection of artefacts. It is notable that we are doing this on the 500th anniversary of her launch and in a location which is just a few dozen yards from where she was built”.

The ceremony also saw pupils from Haslemere Preparatory School hand over their 2011 time capsule of eight items to be buried in the floor of the new museum. 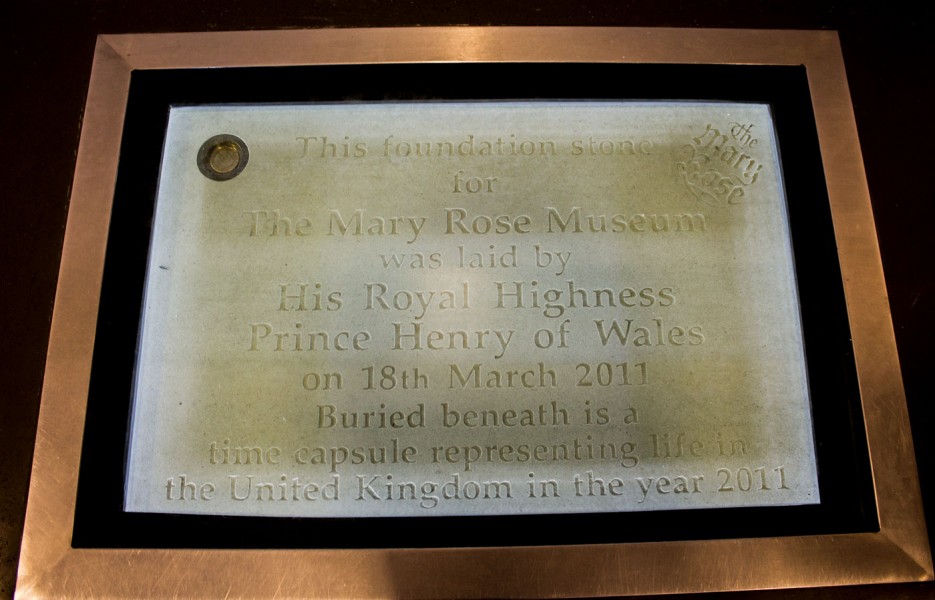 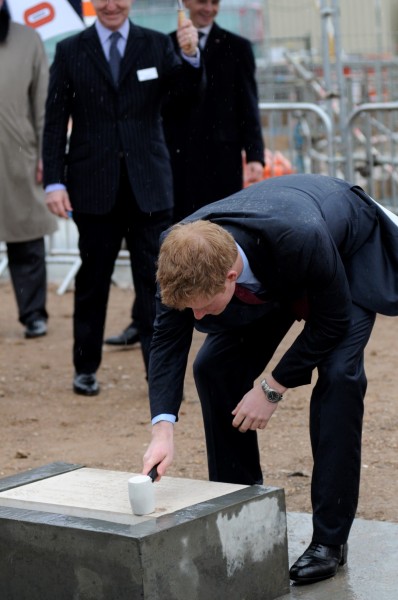 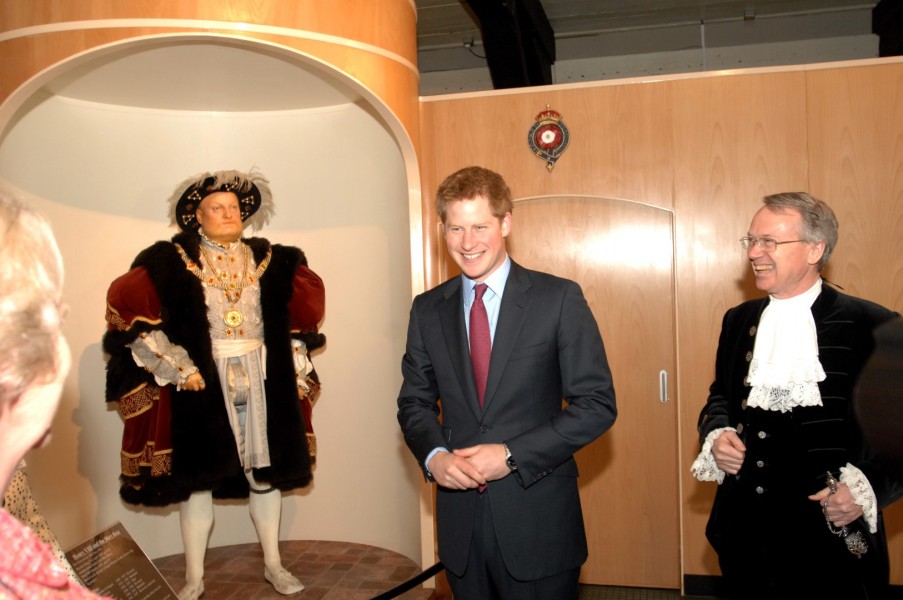