The ship's dog, nicknamed Hatch by our team, is one of the more popular exhibits at The Mary Rose, but who was he, and why was he on board? 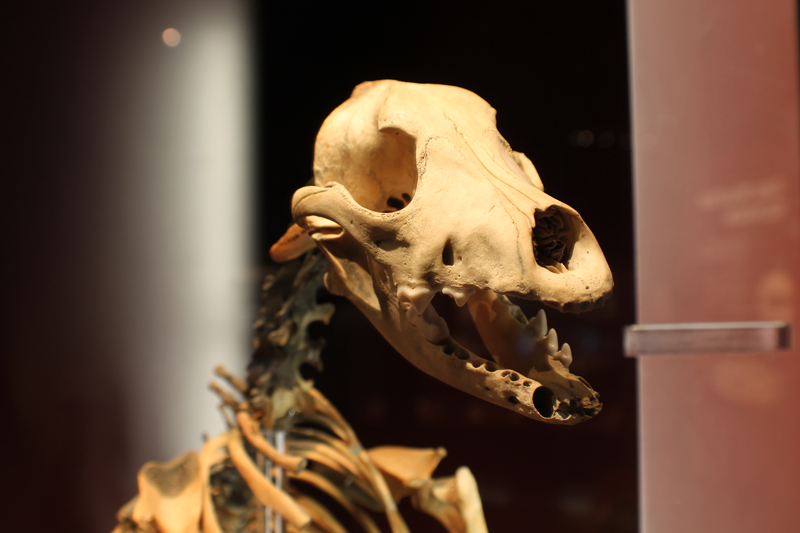 ‘Hatch’ was the ratter on board the Mary Rose, responsible for catching rats, although he may also have acted as an unofficial mascot.

According to DNA work performed on his teeth, he was a young adult male, between 18 – 24 months, with a light brown-dark brown coat.

He may have spent his entire life on-board the Mary Rose, rarely if ever going ashore.

What breed was Hatch?

Hatch can’t be attributed to a specific breed, most of which originated after 1545.

DNA analysis undertaken by the University of Portsmouth looked at which modern breeds he was closest related to, and classed him as a terrier-type, most closely related to the modern Jack Russell terrier.

He also shows similarities with whippets, so we refer to him as a terrier/whippet mongrel, or a lurcher.

Where was Hatch found?

Despite stories claiming he was trapped in the door, he probably died fully outside the cabin, with some parts being pulled inside post-death by marine scavengers.

Because of where he was found, we refer to him as the carpenter's dog, and he shares a display case in the museum with the master carpenter's chest.

Why a ship's dog?

While today we think of the ships cat as being more traditional, dogs were used on board ships for a couple of reasons.

Firstly, contrary to popular belief, cats aren’t that good at ratting, as many rats are big enough to fight back. Dogs such as terriers were considered to be much better for the task, and still are in some circles.

Secondly, Pope Innocent VIII had declared cats to be unholy in 1484, and the companions of witches, so owning one was generally considered unlucky, not to mention likely to get you in a lot of trouble. This opinion ended in England around 200 years later.

The Adventures of Hatch

Stories about Hatch and his adventures on the Mary Rose is available to download.

Hatch acts as our museum mascot and ambassador on Twitter, reaching new audiences around the world.

Hatch and the thousands of other artefacts in our museum are very fragile and some are the only examples in the world! Help us continue to care for them by donating today!