‘Henry’, given his name by Mary Rose divers in the 1970s when he was found down in the hold area of Henry VIII’s ship, is one of the most complete of the 92 fairly complete crew skeletons, and one of our most surprising... 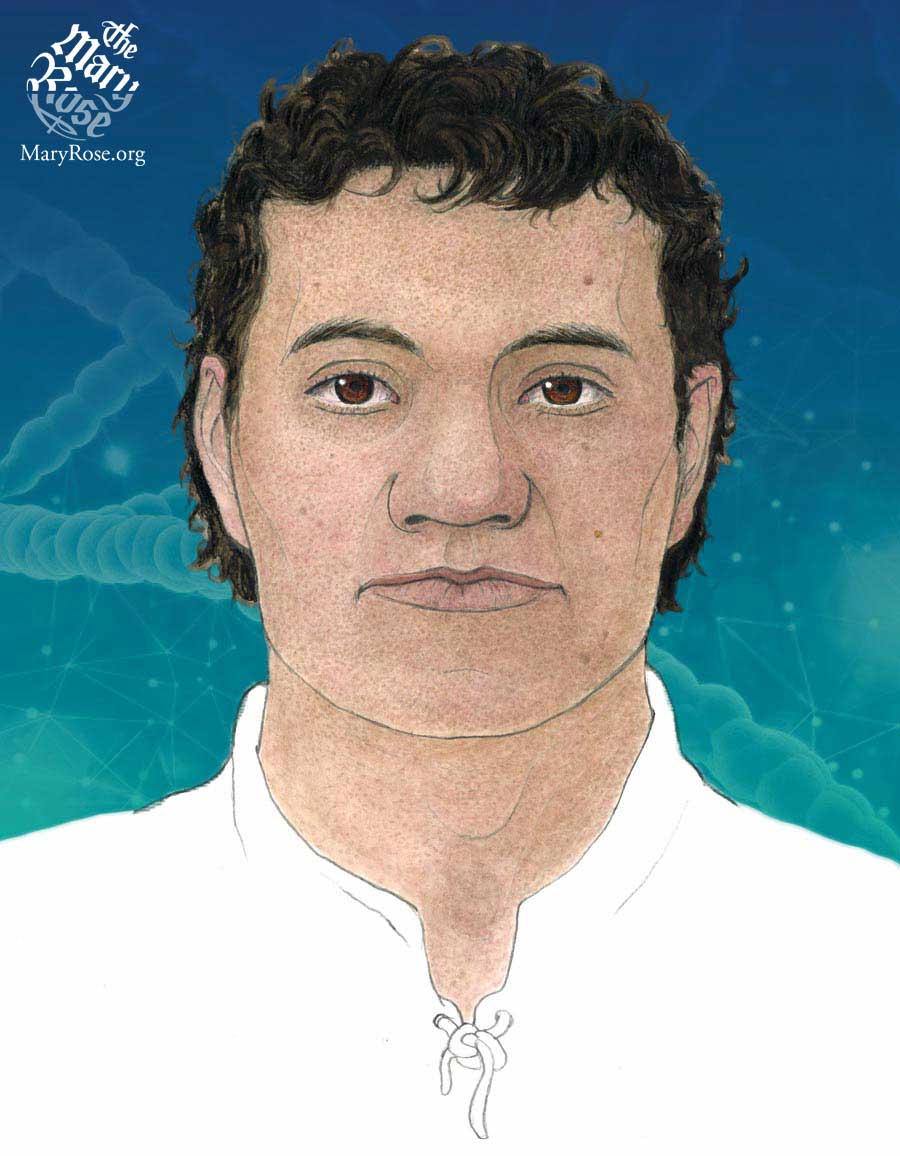 Henry was young – the ends of many of his long bones had not fused, and some of his teeth had not erupted, suggesting he was a teenager, between 12-18 years old. His left shoulder blade has deep depressions where the ligaments attached and similar features on his arms for muscle attachment - so his muscles were well developed.

His spine already showed signs of osteo-arthritis and degenerative disease. His left leg had been knocked out of its socket, taking a bit of the rim with it and leaving a hole in the top of his femur. The tops of both lower leg bones have extra bony outgrowths, due to heavy work. He had a stress fracture in his left leg near his ankle and unusual pits in both his index fingers. Not yet fully grown, he was just over 1.7m (5 foot 7 inches) tall.

Lines found on his teeth show that he had suffered a disease or poor nutrition at the age of four or five. Huge cavities in the sides of his molars suggest he held something sweet between his teeth and cheeks for long periods.

We realised in 2015 that Henry’ was special, when archaeologists were studying ten Mary Rose skulls to see whether photogrammetric images of skulls were detailed enough for osteological analysis. They all thought that the shape and features of Henry’s skull suggested he had African ancestry.

There are two types of DNA - DNA within the nucleus of a cell and in the mitochondria outside the nucleus. Nuclear DNA is inherited from both our parents, mitochondrial DNA is inherited only from our mother. In skeletons, DNA is present in bone and in the dentine and cementum of the teeth, the latter being less prone to environmental contamination, so we removed one of Henry’s teeth to extract the DNA.

Henry’s mitochondrial DNA suggested that his mother was English, and isotope analysis on his tooth enamel backs this up – he seems to have grown up in either Devon or Cornwall; however, his haplogroup (X2b) is quite rare – it is found in North Africa, Southern Europe and the Near East. Haplogroups are specific sets of shared genetic variations, which can inform us of how our ancestors moved over time.

Henry's nuclear DNA tells us that his father was genetically similar to current day Moroccans, Mozabite Berbers of Algeria or individuals from the Near East.

We’ll probably never know what Henry’s role was on the Mary Rose, although his life of heavy lifting, not to mention a dislocated hip, suggests that he was pretty active. We’re certain, though, that he wasn’t a slave. Slavery was illegal in England in 1545, and although other nationalities would bring their slaves over when they relocated to England, Henry’s English-born status suggests that when he came on board, he did so for pay, just like everybody else.