"My name is Natalie and I am currently studying Mediaeval and Early Modern History at Chichester University. This semester I was lucky enough to be given the opportunity to do a work placement with the Mary Rose Museum learning team. I was especially excited about this as I have a keen interest both in the Tudors and archaeology. These topics have always interested me and having the opportunity to work alongside the museum team has been fantastic." 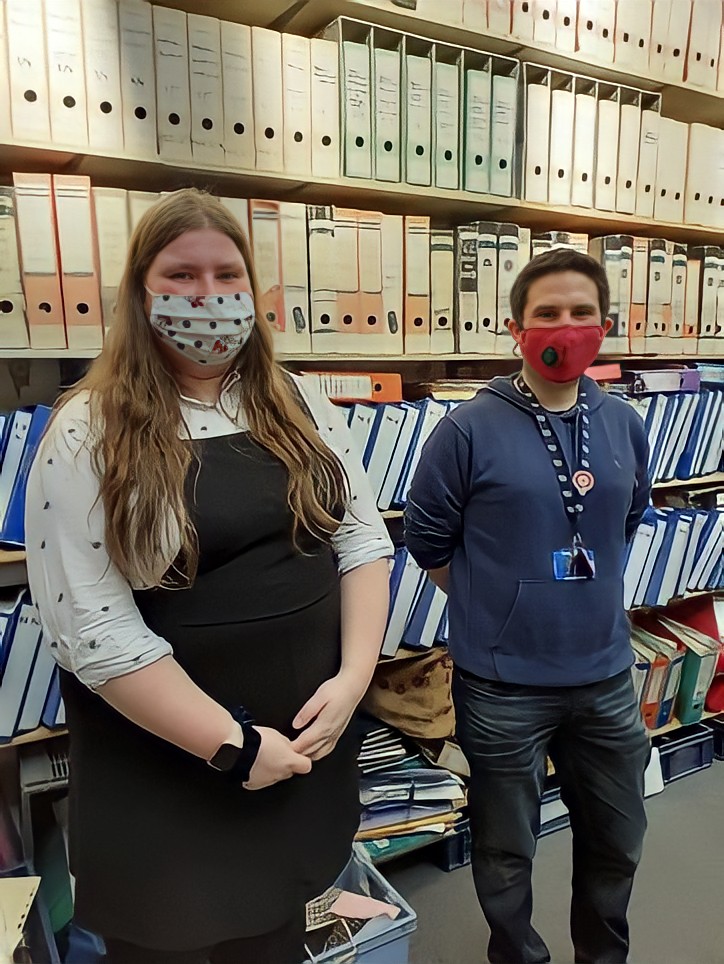 I have been working on a project surrounding the raising of the Mary Rose; this year being the 40th anniversary since the wreck was raised. The project is aimed at children aged 8-12. The raising of the Mary Rose in 1982 was an amazing feat of human endeavour. The museum wanted a resource that would encourage children to not only learn about the archaeological process of raising the ship but inspire them to think about how they can use others’ experiences to learn and develop themselves. We wanted to create a resource that can be used at the museum but could also be available to schools or other community groups for them to use.

I spent time reading a selection of books and researching the story of Alexander McKee and the discovery of the Mary Rose and eventual raising of the wreck. I was particularly interested in the many challenges the team faced and how they overcame them. I was also lucky to be introduced to Alastair Miles (pictured), the Collections Manager for the Mary Rose, who showed me their archives and allowed me to dive into the oral history hearing interviews and the relevant transcripts.

I needed to think about how the historical information could be best used to engage the children and encourage them to think about themselves and how they can develop as people. For example, to encourage discussion of themes such as teamwork and resilience.

I have loved working on this project and want to thank the Learning Department for this opportunity in allowing me to be a part of their work and for being so welcoming, I look forward to seeing how the rest of the project and plans for the 40th anniversary in October 2022 pan out.