The Battle of the Solent, on 19th July 1545, is one of those events in history that had the potential to be very important, but is pretty much unknown. Indeed, many people who live near the Solent probably would never have heard of this battle on their doorstep if it weren't for the loss of the Mary Rose, and her recovery in 1982.

Most accounts of the Battle of the Solent (which appears to be a name attributed to this conflict sometime later, as no contemporary accounts use this nomenclature) only cover the period leading up to the sinking of the Mary Rose, as if that was the defining point of the battle. But what happened next?  Why did an invasion fleet, nearly twice the size of the later Spanish Armada, just pack up and leave? 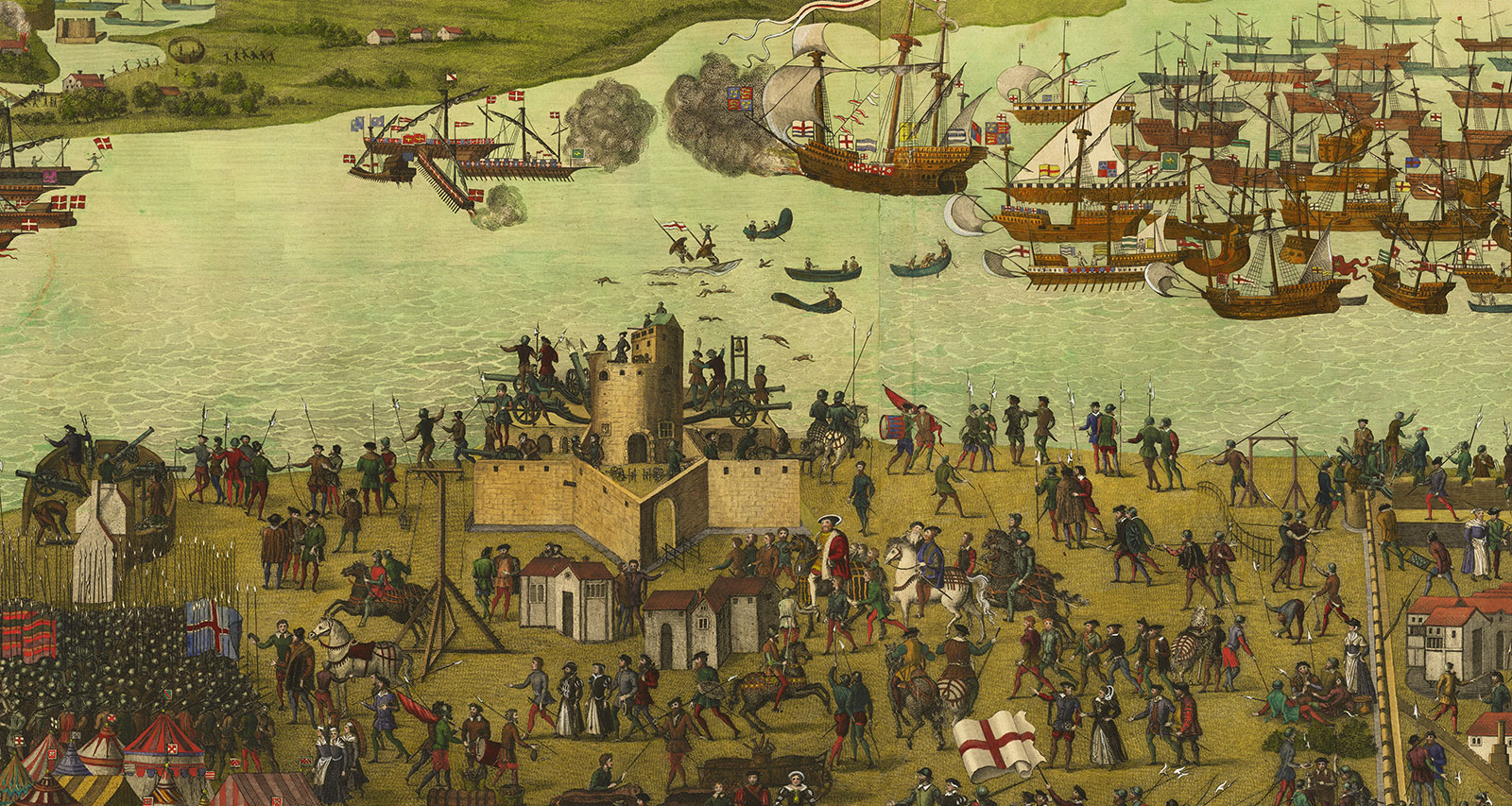 After the the loss of the Mary Rose, the wind died down, leaving the English fleet unable to engage the French. However, Lord Admiral Lisle, the commander of the fleet on his flagship the Henry Grace à Dieu, was able to use the tides and currents to get the rest of the fleet into position, preventing the French admiral, Claude d’Annebault, from positioning his larger ships. As Lisle had the home advantage of access to supplies and reinforcements, he was prepared to stand his ground and take a defensive position, creating a deadlock. The French attempted to find an advantage at sea, but were thwarted at every step by Lisle’s skill, as well as the local weather and underwater geography.

The invasion of the Isle of Wight didn’t seem to be going well either. While the attacking troops had been deployed at several points along the coast to divide the defending forces, they didn’t, for some reason, venture inland or regroup.  While they did gain some ground, especially around Bonchurch, the assaults elsewhere went less well. The troops who landed at Sandown decided to attack a newly built fort, which resulted in a hasty retreat after the death of the French commanders, while at Bembridge the assault had been badly organised, and an ambush by the defending English had caused panic amongst the French troops.

On a side note, the attack on Bonchurch went pretty much unopposed, but the invaders encountered English forces as they moved inland. The defenders gave stiff resistance, but were eventually forced to retreat. It’s claimed that during this retreat, one of the defenders, Captain Robert Fischer, a portly gentleman struggling to escape up the steep hills surrounding the town, cried out “£100 for a horse!”, which according to legend may have been his last words. Obviously when Shakespeare later used this as the inspiration for the (almost)  last words of Richard III, inflation had turned £100 into a kingdom.

The French were left with a decision to make. Should they stay at their anchorage point, which was exposed to the elements and unable to get into a decent fighting position, but supporting their troops on the Isle of Wight, or should they cut their losses and leave. The French commanders concluded that the only way they could hold the Isle of Wight would be to build three large forts, a construction job that would take three months in unfriendly territory with limited supplies and more enemy troops on the way.

D’Annebault was also having naval problems. Supplies were running low, illness was taking its toll on his crews, and his flagship, La Maistresse, was taking on water after an accidental grounding outside Le Havre. As this was his second flagship of the campaign, the first, Carraquon, having been destroyed by fire before leaving harbour, it wasn’t in his best interests to lose  another.

It was decided on the 22nd of July, only three days after the sinking of the Mary Rose, to abandon the invasion.The troops on the Isle of Wight were recalled, and the French fleet departed.

This wasn’t their last act though, as a day later they attacked the town of Seaford, 40 miles east of Solent. Some 1,500 troops landed and attacked a nearby village, more with the intent to pillage than for any military purpose, but they fell foul of the local militia and their longbows, and were repelled with deadly force. D’Annebault decided to cut his losses, and headed back to France. The invasion was over, the English had won, and the attempt to recover the Mary Rose could begin.

The Battle of the Solent at The Mary Rose

Discover the Battle of the Solent at The Mary Rose in Portsmouth, as our guides talk through the events leading up to the loss of the Mary Rose.