“We are delighted to share the new vision and corresponding marketing campaign for the Mary Rose that positions Henry VIII at the heart of her story and the Mary Rose as a British (and Portsmouth) icon and treasure excellently placed to attract national and international visitors” commented CEO Helen Bonser-Wilton.

The Mary Rose has piqued the public’s imagination for generations – its sinking, its discovery, its famous raising, the revelation of its treasures, and then the painstaking conservation process that continues to this day. A major new regional and national marketing campaign to promote the Mary Rose’s Tudor story will start during Easter 2018. This significant investment is certain to boost visitor numbers to the museum, as well as to Portsmouth itself.

To inform the strategy, two pieces of audience research were commissioned – one to understand current perceptions of the Mary Rose and the second to evaluate and inform the creative direction the museum will now take. TripAdvisor reviews clearly show people come expecting to see a ship and leave blown away by their immersion in Tudor Life, with stories of people ‘just like them”, told through the crew’s possessions. This informed the proposition of ‘Henry VIII – 500 years. A heartbeat away’ that emphasises the emotional connection for visitors, the focus on people stories and the immersive journey into Tudor Life.

This new campaign aims to:

The creative concept is to use a contemporary character as a visitor, whose shadow is cast as a Tudor – the universally recognisable silhouette of Henry VIII. This concept will be used throughout media including outdoor advertising, print media and broadcast together with the stories that the thousands of artefacts tell.

The Mary Rose will be positioned to national and international audiences as a ‘must experience British icon’ - both enriching and entertaining.  Capturing one moment in time in the story of King Henry VIII and his Tudor subjects providing visitors with an authentic blend of raw reality and emotional resonance.

The Mary Rose provides a unique destination ‘hook’ as a world class Tudor attraction, the like of which cannot be found anywhere else in the world. This can play an exceptionally strong role in boosting the cultural profile and visitor economy for Portsmouth.  The Mary Rose in conjunction with other major attractions such as the Historic Dockyard, Gunwharf Quays, Spinnaker Tower, the seafront and the new D Day Story all support Portsmouth in its bid to be a truly compelling tourism destination.

We are confident that this significant investment will boost visitor numbers to Portsmouth as a whole, as well as the Mary Rose, and further position the city as a cultural, waterfront destination. 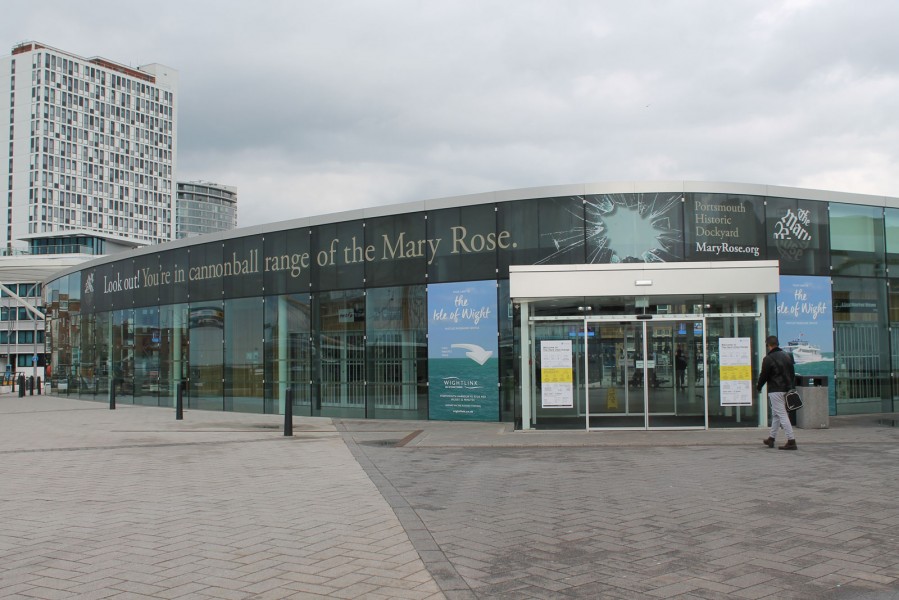 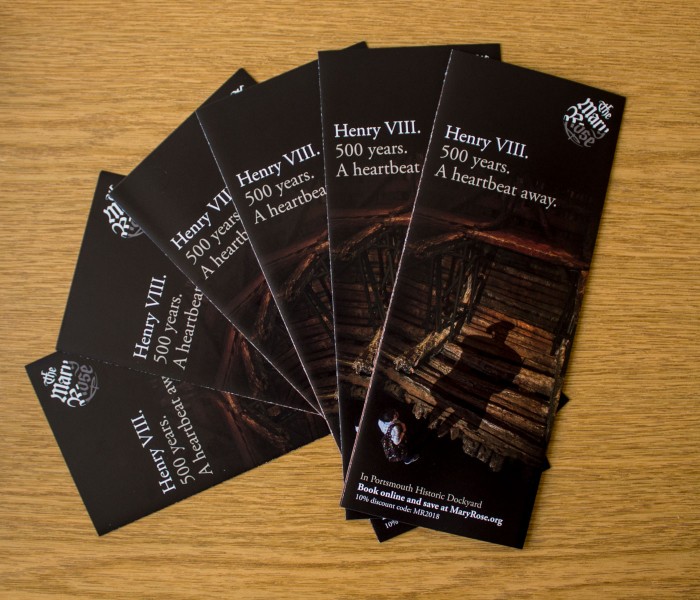 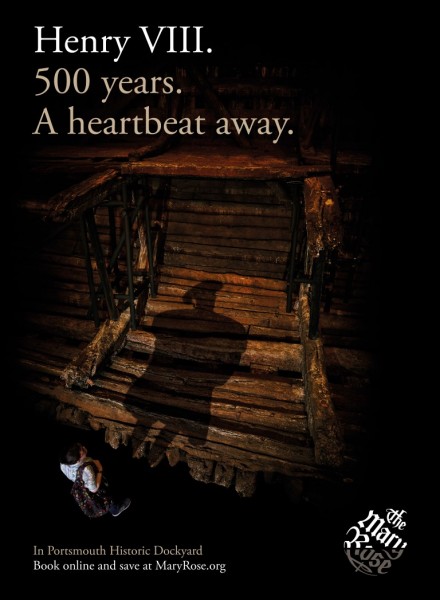 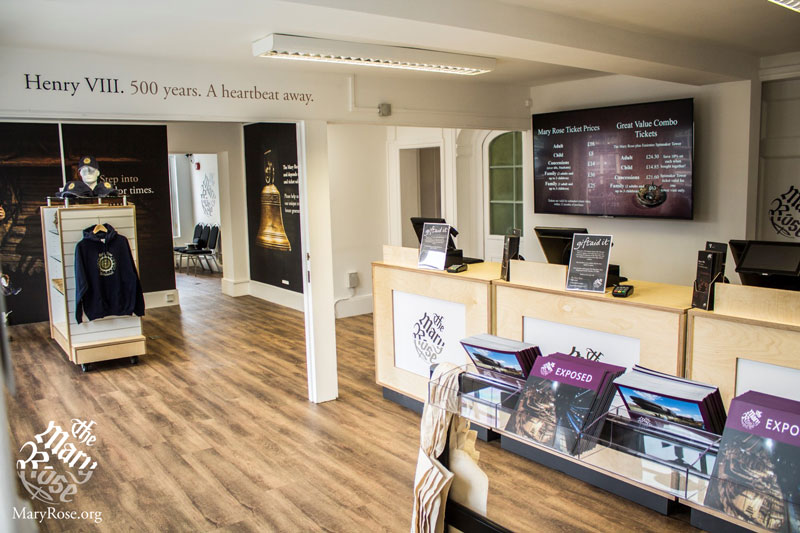 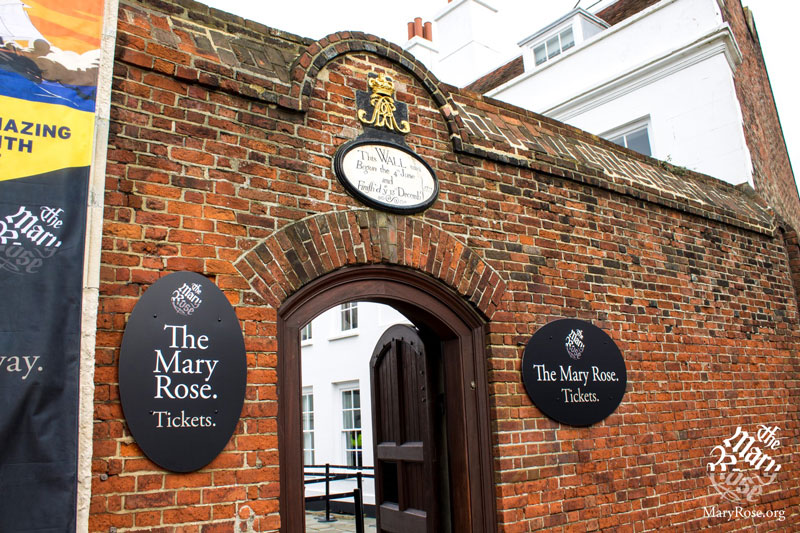 We will also be changing the way we operate at the Dockyard from 1st April.  For years, the National Museum of the Royal Navy, the Property Trust and the Mary Rose have marketed and ticketed together, offering a combined proposition to customers with the All Attraction Ticket.

For 2018, we are changing and extending our ticketing offer to give customers more choice of ticket packages.

The Mary Rose will be working closely with the National Museum, who manage the Portsmouth Historic Dockyard brand, to help customers get into the right queue at Victory Gate and we believe that the additional capacity we are offering to process visitors through bag search and into the Dockyard will also help with queuing during the main season.

The Mary Rose ticket will be priced at £16 – a £2 reduction on current price.

Visitor attractions thrive on new product and the Mary Rose has a wealth of objects still undergoing conservation. This year the stem post, pump and anchors from the ship will finally be introduced into the Ship Hall.  These were excavated during dives on the wreck site during 2005 and have been in conservation ever since.

In addition, there will be a packed programme during the year with extensive live action events and costumed performers bringing everyday activities on board Mary Rose to life.  At May Half Term, the Tudor Galley will be fired up with a giant cauldron of bubbling broth, meat being prepared and then cooked in bags, and bread being baked.  Other events will include Tudor music and pastimes and weapons of war, and later we will announce a partnership with a globally renowned toy brand for a winning family activity.