The National Lottery’s ‘Big Surprise’ – which honours the individuals who have made a real difference with the help of National Lottery funding – filmed a heart-warming surprise for Maurice Young, one of the original divers who helped find the Mary Rose and who is now a volunteer at The Mary Rose in Portsmouth.

The film will be broadcast on Saturday night on ITV at 8.45pm during the X Factor.

The ‘Big Surprise’ is a 90-second weekly slot during the ad break of Saturday night primetime ITV shows – meaning local hero, Maurice, better know as Morrie, is set to get national recognition with around 5 million people expected to tune in across the ITV network.

The Mary Rose Museum houses King Henry VIII’s favourite ship, which sank in the Solent in 1545 and was raised in 1982 in the world’s largest underwater maritime archaeological excavation ever undertaken.

Morrie, a shipwright by trade, first became involved with the project in 1966 and 52 years later still volunteers at the museum. Through his dedication and commitment, many thousands of people hear the tale of this extraordinary ship and hear first-hand about the challenges of finding her in The Solent where she had lain for more than 400 years.

For Maurice’s ‘Big Surprise’, The National Lottery prepared a short documentary using interviews with other original divers and Maurice’s colleagues as well as archive footage. Arriving for what he thought was filming to celebrate the award-winning team at the Mary Rose, the spritely 88-year-old was surprised to see a new film all about him instead. As friends and colleagues applauded him, confusion turned to shock, which quickly turned to joy, and The National Lottery filmed the heart-warming results.

Maurice said: “I was very shocked, in fact I’d say gobsmacked! I really didn't expect it and to hear all these wonderful people saying such lovely things about me on film was really very moving. If I think back to that blustery day looking at the Solent in 1966 and being told Mary Rose was down there somewhere, to today in this state-of-the-art Museum surrounded by wonderful people it feels like a bit of a dream.

“Words can’t do justice to how I feel about the volunteers at the museum. Everyone is absolutely committed to giving visitors the best experience so I’m going to accept the applause on behalf of all our volunteers.”

He continued, “I also cannot thank The National Lottery enough for this wonderful surprise but also for the funding we received. Without lottery funding we would have struggled to give Mary Rose a home like this, one which is utterly fitting for a royal ship.”

Maurice’s ‘Big Surprise’ will air across the ITV network this Saturday (6 October) at 8.45pm during the ad break in the The X Factor and is one of 17 short films throughout the year, during ITV’s primetime Saturday night TV schedule, that celebrate and showcase National Lottery-funded heroes across the UK. The all-important Saturday night Lotto results will also continue to be delivered during the weekly slot.

The Mary Rose Museum in Portsmouth Historic Dockyard, which displays the remaining hull of the Mary Rose and her unique collection of artefacts, received just over £28 million of National Lottery funding. In Portsmouth as a whole, more than 650 projects have been funded by The National Lottery, amounting to over £150 million in grants.

‘The Big Surprise’ is the continuation of the return of The National Lottery results to primetime TV through a commercial partnership with ITV (from 14 April 2018), and follows the success of ‘Race to the Numbers’ where members of the public were given the chance to win £10,000 at National Lottery funded venues across the UK.

For more information on The Mary Rose please visit: www.maryrose.org 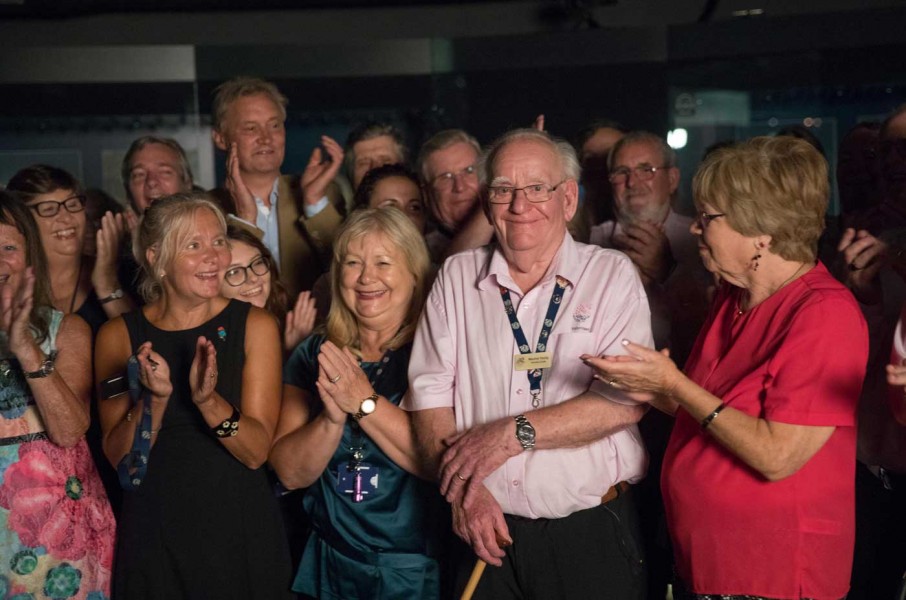