Last night an article was published online by the Telegraph, with regard to the conservation of the Mary Rose, Henry VIII’s flagship, which is displayed in Portsmouth along with a unique collection of Tudor artefacts. The content for the article was excellent, taken from a lecture that Dr Eleanor Schofield, Head of Conservation gave at New Scientist Live. Unfortunately, the headline for the article, which suggested that the ship was about to collapse was wholly inaccurate and we would like to clarify the situation for anyone who read the article.

The Mary Rose was raised from the Solent 35 years ago in 1982 and has been undergoing extensive conservation ever since funded through the Mary Rose Trust, a charity that does not receive government funding.  Firstly, the ship was sprayed with chilled water and then sprayed over a period of 19 years with a chemical wax to stabilise her timber cells ahead of drying.   Drying took place from 2013 and the ship is now carefully monitored and displayed in a purpose built, world class museum in Portsmouth.

As with any type of wet wood, the Mary Rose’s timbers have shrunk as she has dried and this has led inevitably to some cracks appearing on individual timbers and some timbers twisting away from their original beams.  This is entirely to be expected and the conservation team have added extra scaffold props during the drying process to support the decks of the 500 year-old ship.

Now that the drying process is largely complete, we are examining the movement of the ship and will be using laser scans to identify where the ship requires more support, with the eventual aim of installing a new support system for the decks of the Mary Rose.  The Mary Rose still rests on the iconic yellow cradle on which she was raised and there is no need or intention to replace this cradle which remains fit for purpose. 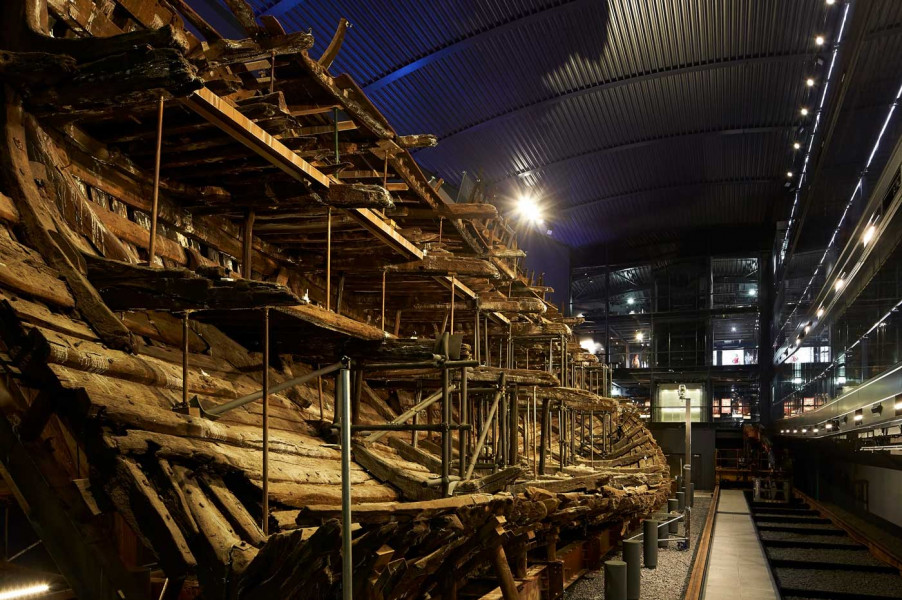