To celebrate Volunteers Week 2018, we've asked our volunteers to share their experiences of volunteering with our visitors.

Today we meet Mike Wyles, a volunteer who works in our museum and learning centre. 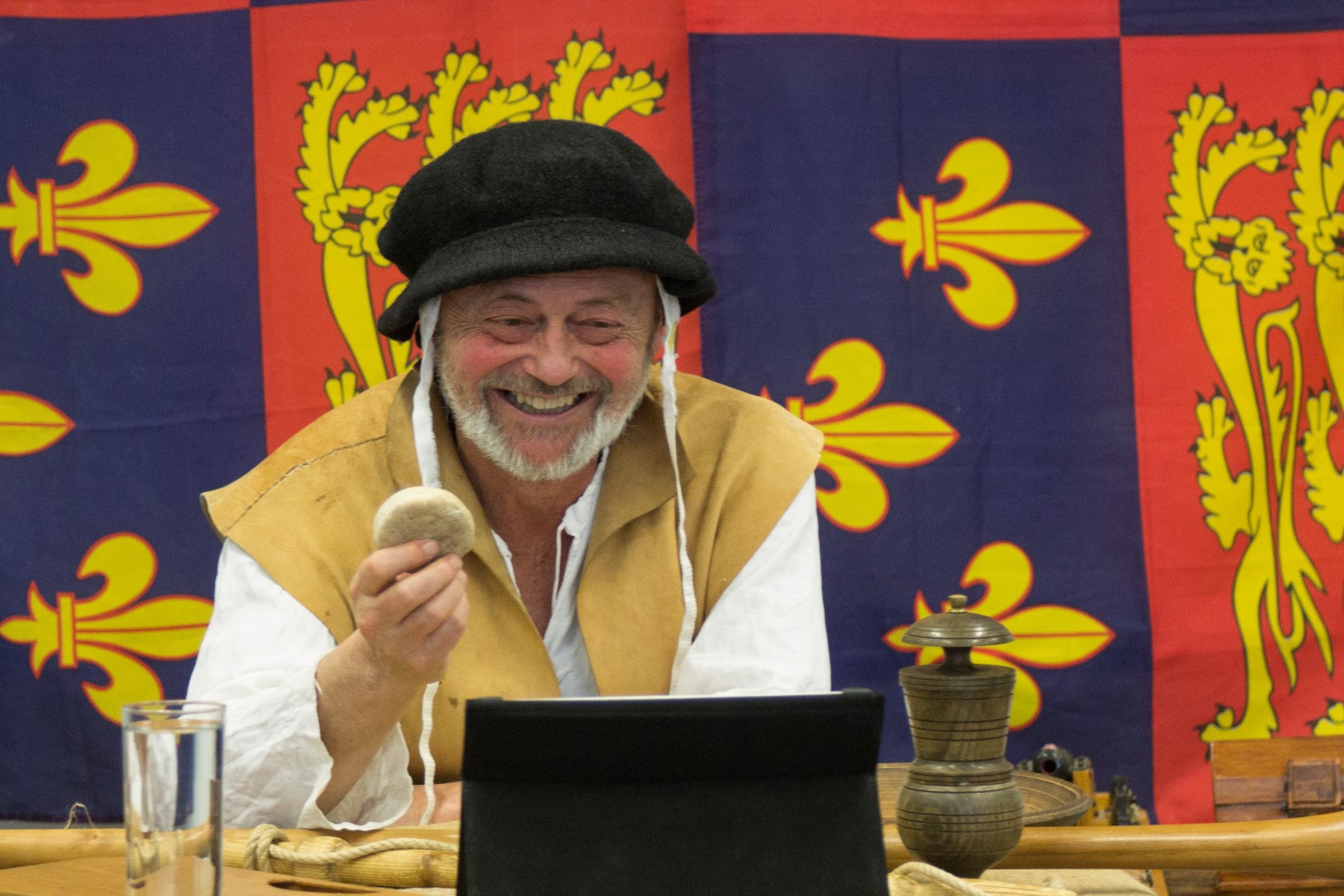 Why do you volunteer?

"Having retired from teaching, I wanted to find a role which involved working with people of all ages and sharing my enthusiasm for history, and especially the history of the navy. Volunteering is an excellent way to make a contribution to the life and economy of any community. It is also a great way to meet new people and make new friends. I have gained a huge amount from working with people of all ages and varied work experience. I find that the more you give, the more you get back in personal satisfaction. Being a Mary Rose volunteer is the perfect activity for me."

What do you enjoy most about volunteering at the Mary Rose?

"I enjoy the fact that there are many varied ways in which volunteers can interact with the public. Day to day we man the three decks and their associated galleries. We interact with the visitors, answering their questions about the ship and the wonderful collection of artefacts, and helping with any problems or general enquiries. For those who wish to be involved, some volunteers, myself included, assist in the delivery of school visits through our award winning Learning Department. Some also deliver talks and guided tours for organised groups, and work with the very busy Events Department. There are also exciting opportunities to be involved with special experimental archaeology demonstrations and promotional events outside the museum."

What does a standard day volunteering at the Mary Rose involve?

"A typical volunteering day begins with a short briefing session in the entrance foyer at 9.45. We receive our rota for the day, and are given information about school parties, other group visits, guided tours and anything else which might affect the operation of the museum during the day. At 10 o'clock we take up our positions around the building and prepare to meet the public. We work out break times and mealtimes informally by mutual consent in consultation with our designated member of staff. Every two hours we move with the rest of  our team to a different deck. This way we are able to keep fresh, and become familiar with the whole museum."

Do you volunteer anywhere else?

"I do not currently volunteer for other organisations, though I have done so in the past.

Along with my family responsibilities, I find that doing my regular two days a week plus occasional extra events is the right balance for me. Our volunteers find what is right for them. The management are always glad to encourage more involvement, but never pressure people to do things with which they feel uncomfortable. For example, I am a volunteer who wears costume, but that is entirely my choice."

What would you say to anyone thinking about volunteering?

"For any potential volunteers, I would simply say come and meet us, see the museum and judge if it is for you. I feel very privileged to be part of a world class museum that caters wonderfully for people of all ages and types, from the casual tourist to the serious academic. Just as importantly it is a happy and friendly place to be - a place to be proud of.  I'd be doing something else with my retirement if it weren't the case!"

Do you have any fun/funny stories about volunteering you could tell us about?

"The oddest encounter I've ever had was when I was dealing with one our most frequently asked questions- "Why did the ship sink". I started giving a brief summary of possible causes, but because the gentleman was obviously very interested and kept on asking more questions, I went deeper into historical sources and the various theories.

After about twenty minutes of this, the visitor told me he was a dowser, and wanted to test what I had been saying. He produced a crystal hanging on a piece of thread, and asked me to summarise each of the causes while he watched its behaviour. I don't think the crystal came to any definite conclusions, except that it didn't believe the Mary Rose was sunk by French gunfire!"