On a wooden ship there aren’t many more important jobs than that of carpenter, and while the Mary Rose appears to have had a small team of them on board, the most important of all was the Master Carpenter, who owned a cabin on the main deck.

This cabin is almost deserving of a blog of its own, as even disregarding the number of tools and other items found inside, it had a sliding door, a shelf for the carpenter to keep his whetstone and even a small window, cut into the side of the ship which could be closed when needed, but allowed light into the cabin so they could work.

However, we’re focusing on the carpenter himself, or at least someone who we believe to be the master carpenter. The evidence does point that way, and maybe even a little further... 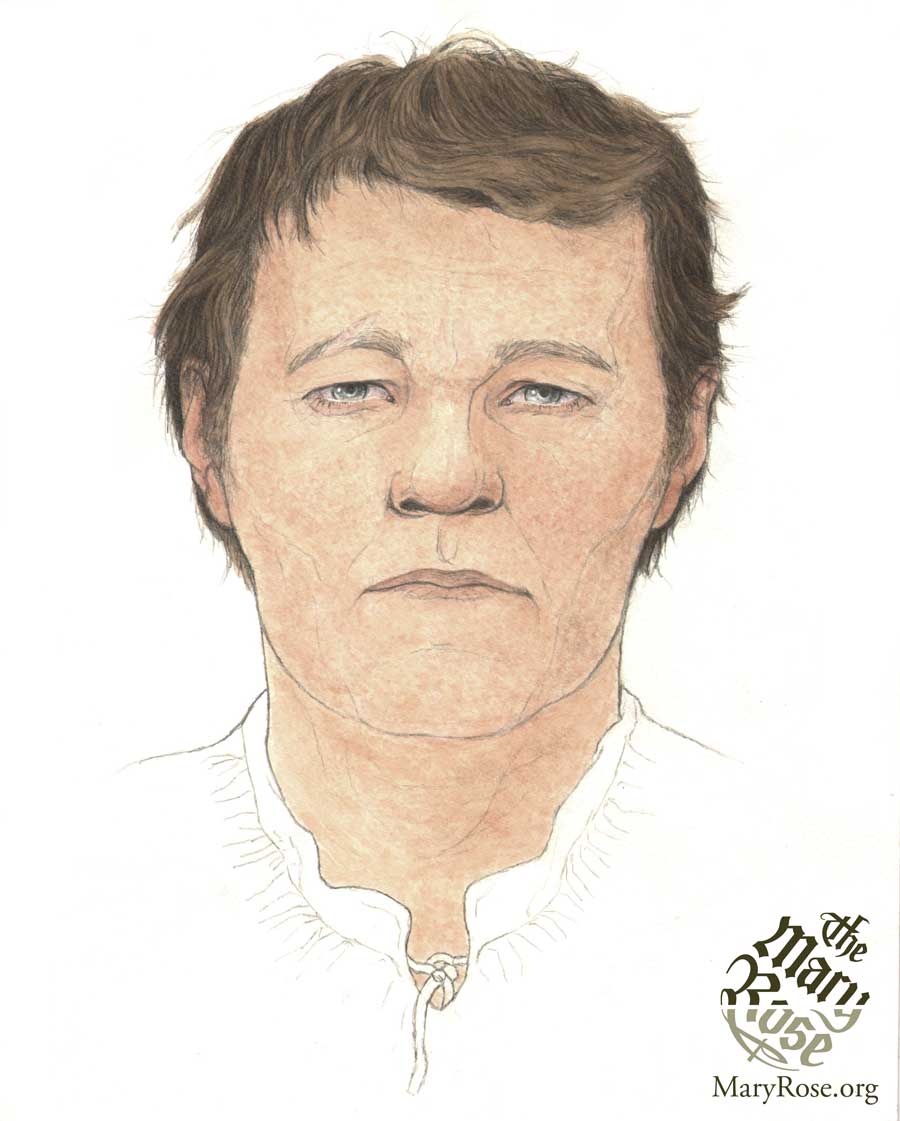 Among the coils of rope on the lower deck, just below the cabin, we found a man surrounded by tools - a sawhorse, hammer, chisel, chopping block, stool and his own tool-holder. We know from historical sources that carpenters were often stationed below decks during battle to repair any damage immediately, so was this our master carpenter?

Aged in his mid to late 30s, he was just over 1.72m tall (5ft 7 in) and was a strong, muscular man. His teeth had a build-up of tartar, as well as abscesses, which must have been painful. He had signs of arthritis in his spine, hips and left shoulder. He also had a scar just over his right eye, cutting through his eyebrow, from an injury that had healed.

Looking at his tools, on and below the work benches were two very special tools for working wood known as adzes, a tool type only used in the Mediterranean – specifically in Spain.

One of the personal chests within the cabin contained some of the most beautiful and expensive possessions recovered, including an elaborately embroidered leather pouch containing coins.  Many had corroded, but a few can be identified as Spanish in origin.

Was one of our carpenters Spanish?

We examined the isotopes of various chemicals in his teeth, which have previously helped us identify one of our Royal Archers as having grown up in North Africa, to see where our carpenter spent his childhood.

His nitrogen and carbon values tell us that he ate a lot of protein, specifically European plants and pork, as well as freshwater fish. Sulphur isotopes tell us that despite his career as a ships carpenter, he didn’t grow up by the sea, although he did grow up in a wetland region.

It’s his oxygen and strontium values that give us more information though; His ‘oxygen value’ is outside the British range, so he wasn’t brought up in England, while his ‘strontium value’ suggests limestone areas, which exist across large areas of Europe, including Spain.

Combining this information with the presence of Spanish tools and coins, it’s not too much of a stretch to suggest that our carpenter grew up in Spain, somehow entering the service of the English Crown. Henry VIII himself recruited armourers and gun founders from Italy, Germany, Belgium and The Netherlands, so it wasn’t unusual to see a skilled foreigner working in Tudor England.

Even on the Mary Rose, it wasn’t unusual. In 1513 a Spanish surgeon is recorded, and one of the few survivors of the sinking in 1545, who gave the only survivors testimony, was Flemish.

Trade between the British Isles and Europe increased steadily during and after the medieval period.  With trade, came new people and new cultures, many of which have become part of British culture as we know it today. 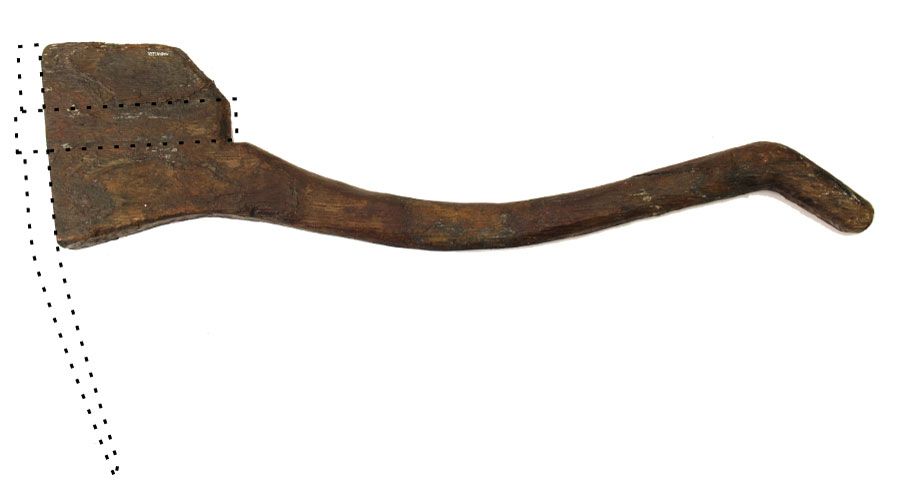 A Spanish adze with reconstructed blade outline, recovered from the Mary Rose.

Discover a whole new view of Henry VIII’s navy with our exciting exhibition, using the latest scientific and genealogical research to show us who really crewed the Mary Rose.