One of the more unexpected objects found on the Mary Rose wreck site is a Coconut, which may or may not have been on the Mary Rose. It was found in the scour pit caused by the ship on the seabed, but the layer of mud it was found it was not recorded, so we have no contextual evidence for its presence on the ship. 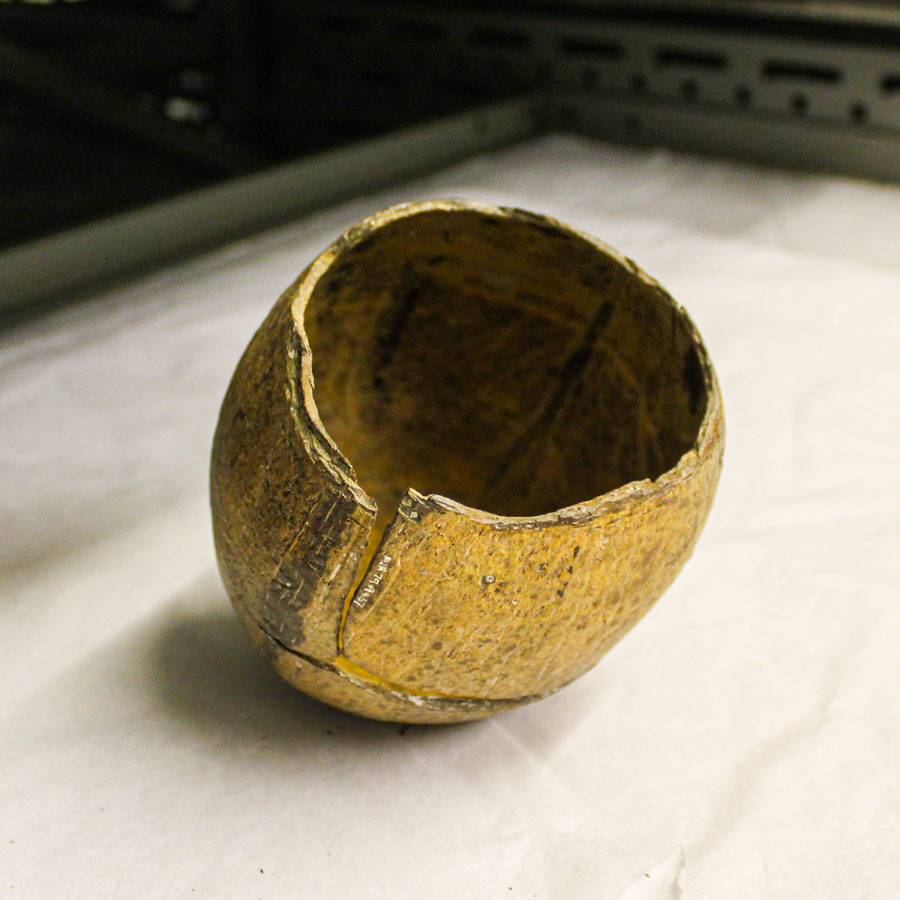 Coconut cups were drinking vessels used for toasting the good health of those who drank from them. They are known from the 15th century onwards, but the known examples tend to be mounted in silver frameworks. This one is quite rough, the top half appearing to have been roughly cut off, and has no sign of markings where a framework would have been.

The Solent is a busy stretch of water, so it’s not unexpected to find objects on the sea bed, and many of them have found their way to the Mary Rose wreck site. As well as various bottles, tin cans and plastic objects we found a number of historical items.  A large number of clay pipes, one featuring the likeness of a Turk’s head, were recovered; although tobacco had entered Europe as early as 1528, these are clearly of later origin – the Turk’s head one is common from around 1840. We also found a chamber pot, marked as belonging to the Canadian Steam Navigation Company. The year 1853, printed on the front, is a big clue to when this was made!

Does this cast doubt on other ‘firsts’ on the Mary Rose? Not really. All of our more unique artefacts were found in secure strata, or layers of mud covering the ship alongside other more usual and well known Tudor artefacts.  The younger strata above the ship are mostly intact, apart from the area where John Deane excavated in the 1830s, so we’re sure it’s all in context.

So, were the crew of the Mary Rose sipping Pina Coladas, or was it simply dropped on the site by a migrating swallow? We’ll probably never know.