A lot of people would have you believe that bigger is best, and while it’s true that the Mary Rose is the biggest (and best!) archaeological artefact in the UK, her artefacts come in all sizes.

We’re going to concentrate on the tiny ones… 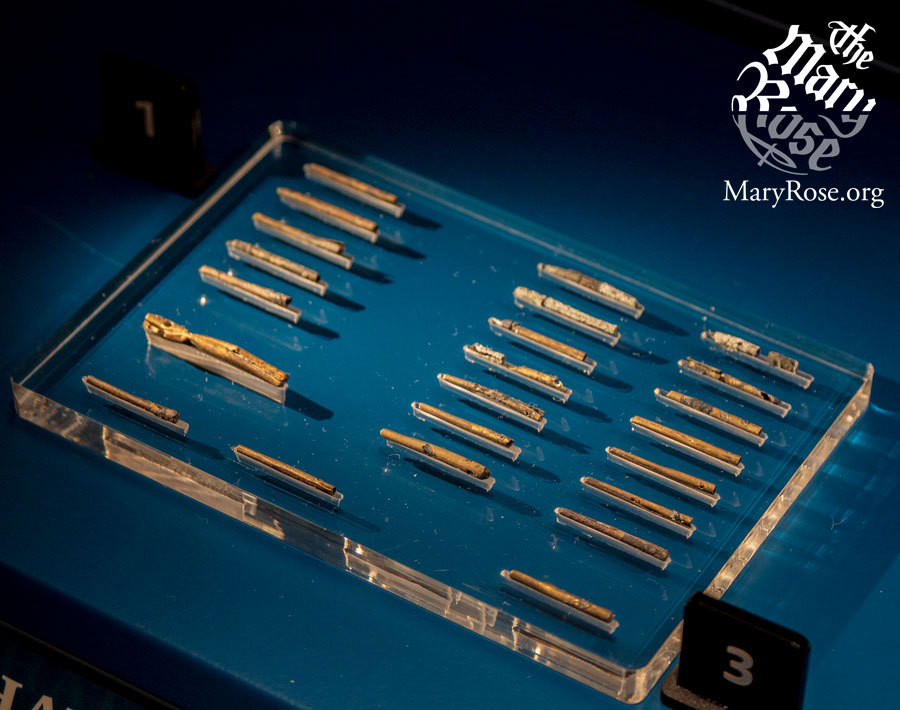 Aiglets
Have you ever found yourself looking at your shoelaces, and thought “what are those plastic tubes on the end called?”

Of course you haven’t  - you’re normal. But they do have a name, they’re called aiglets, and we found quite a few of them – 165 in total!

Obviously, rather than plastic ours are made of a copper alloy with iron rivets securing the aiglet to the lace it was attached to, and Although most of the clothing they were attached to perished under the sea, the lacing seems to have been mainly on body garments, purses and belts, rather than shoes. 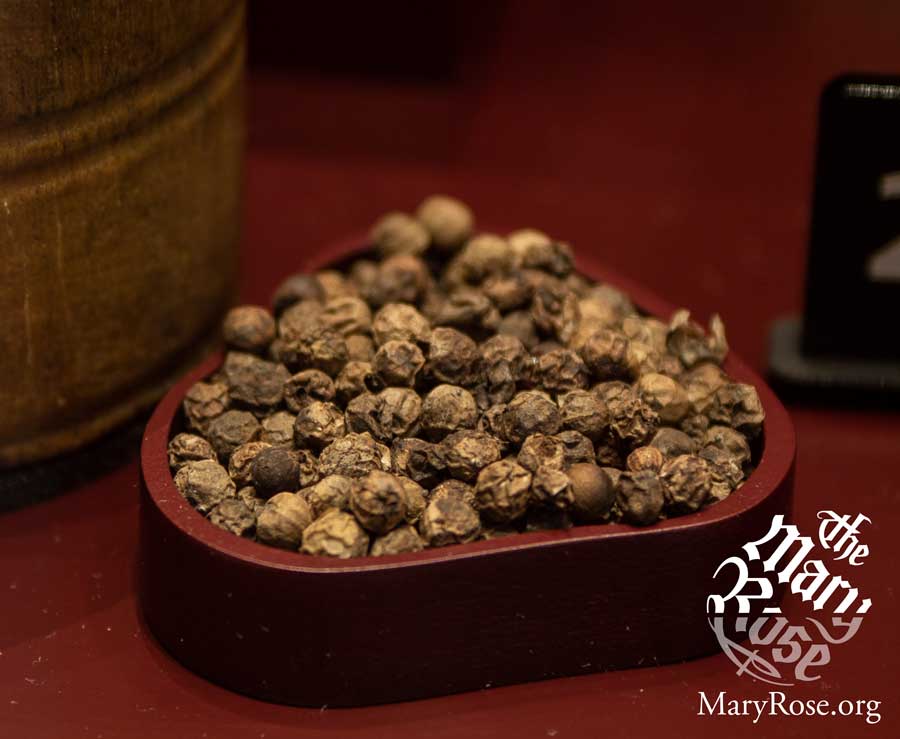 Peppercorns
While today pepper is an everyday commodity, available free on tables in cheap restaurants, in 1545 it was a premium item.

At the time, all pepper had to be shipped in from India, and that either meant a journey through hostile territories, or a long sea voyage. The latter meant you could bring back more, but also meant a trip around the Atlantic coast of Africa (the Suez canal, which cut over 4000 miles off the trip wouldn’t be built until 1869), so it could take years for a round journey.

Because of this, pepper was rare, and could sell for extremely high prices, meaning that it was a luxury item. Despite this, we did find peppercorns on several decks, suggesting that the crew of the Mary Rose may have found a way to get a small supply each,and at least one of the officers had a pepper mill in his chest. 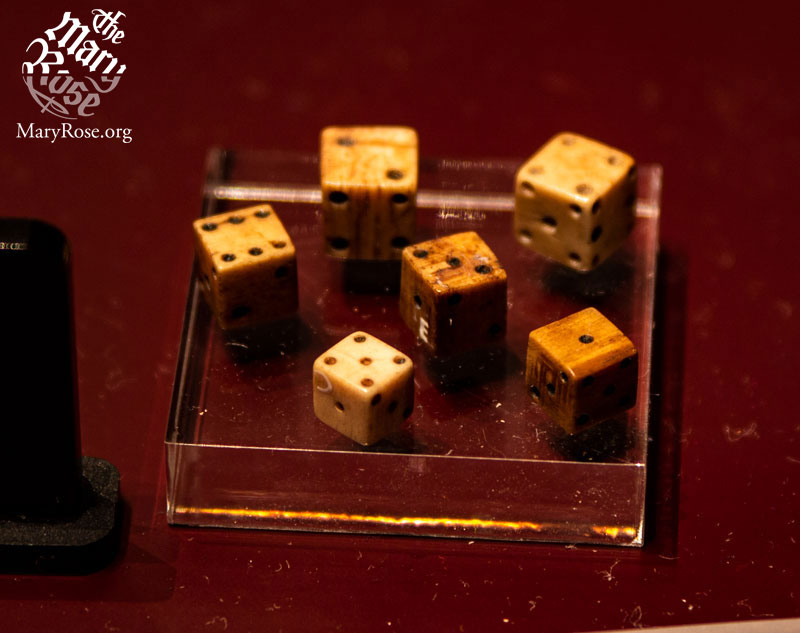 Dice
Eleven bone dice were recovered, the smallest measuring just 4.8mm across. The largest, at 7.8mm, wasn’t significantly larger. Why were they so small?

Well, it could have something to do with gaming legislation brought in in 1541 – The Unlawful Games Act, which forbade pretty much any gaming pursuits that weren’t archery.  Since this clearly includes dice games, which at the time were essentially used for gambling, their small size would have made it easier to hide them. (How this allows the carpenter to own a Backgammon board is another question…)

Of course, it could just be that the bones they were using to make the dice were only between 4.8mm and 7.8mm in diameter… 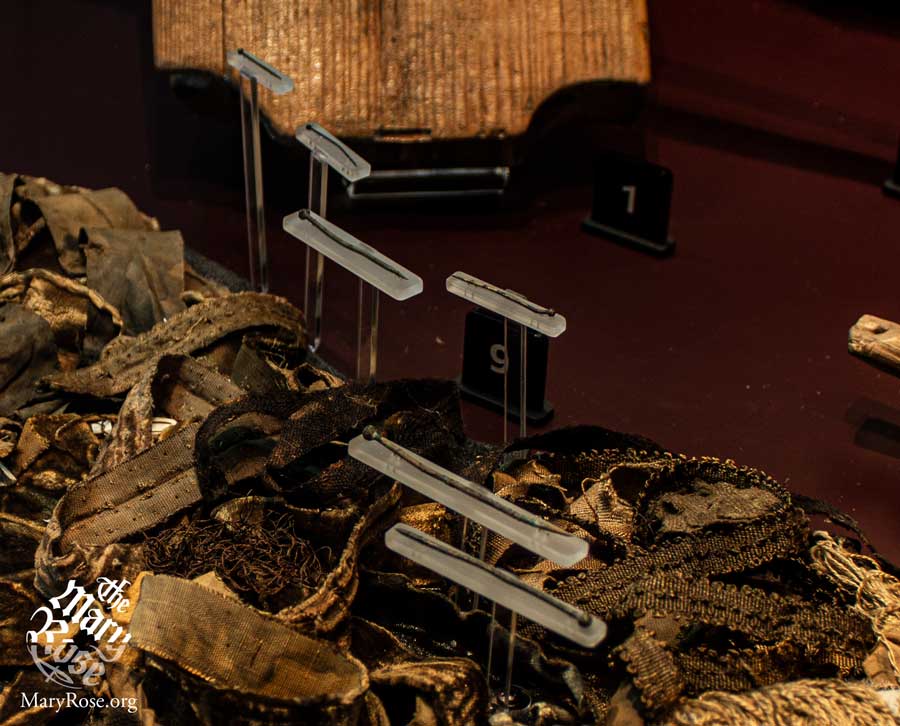 Pins
15 pins were found on the Mary Rose, some less than 20mm long.

With the exception of a single silver example, they were all made of copper alloy. They were probably used to fasten clothing, although none of the ones found in association with human remains were actually attached to cloth.

They do appear to have been in frequent usage, with almost all of them showing some degree of bending.

A flea
Quite a few insect remains were found on the Mary Rose.

There were surprisingly few weevils, for all you lovers of biscuit-tapping stories (and even then, they seem to have been living in hay rather than the food supply), but there were plenty of flies, especially around the fish (well, it WAS summer, and there was no refrigeration on board!), beetles and, smallest of all, a flea.

The flea was found in some sackcloth in the orlop deck (one of the lower decks, just above the hold, used for storage), and while it would seem popular to link it to the ship’s dog, it actually appears to be a human flea, brought aboard on one of the crew.