In Tudor England school wasn't the same as it is today. Young boys would go to school as infants to get a basic education, but as soon as they were old enough to work, they were on their own. Of course, if you were rich you could go to a grammar school, and even go to university, but for the majority of the sort of men who ended up working on the Mary Rose, they did their learning at the school of hard knocks.

Still, you can find parallels, if you look hard enough (and have a blog to write!) 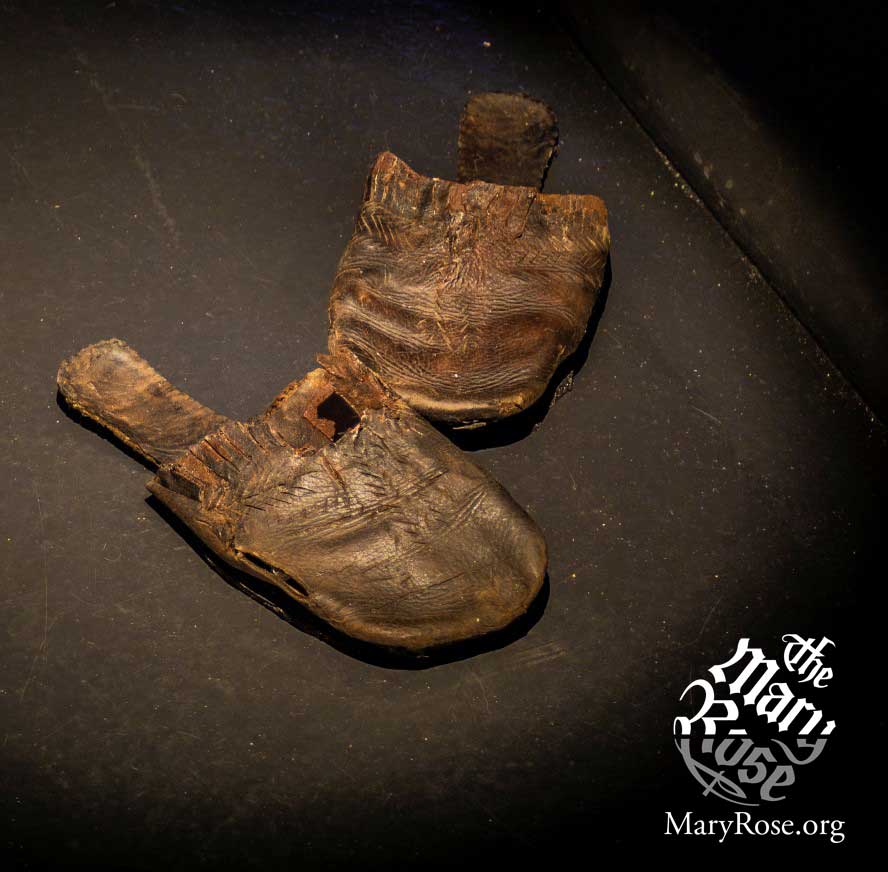 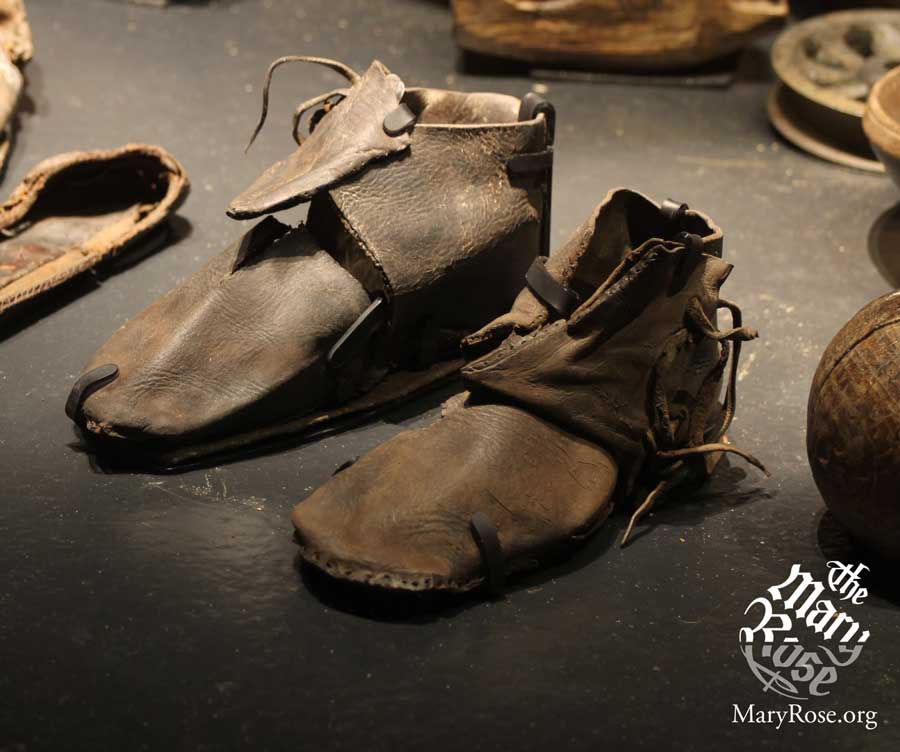 School Shoes
Possibly the worst part of going back to school was being dragged to every show shop in your home town, trying on dozens of smart shoes that your mum insisted that you’d grow into, but never felt quite right.

We’ve no idea if shoe shopping in Tudor England was a similar ordeal, but since we found over 80 pairs, the crew clearly had been to their local shoe seller!

Unlike modern shoes, though, these rarely had laces, (which would make life easier for many school children today!), and weren’t made for specific feet – you could wear either shoe on either foot!

They also lacked a raised heel, so they probably weren’t as comfy, and the leather soles would become slippery in wet conditions, which is probably why most of the Mary Rose shoes were found in storage below decks! 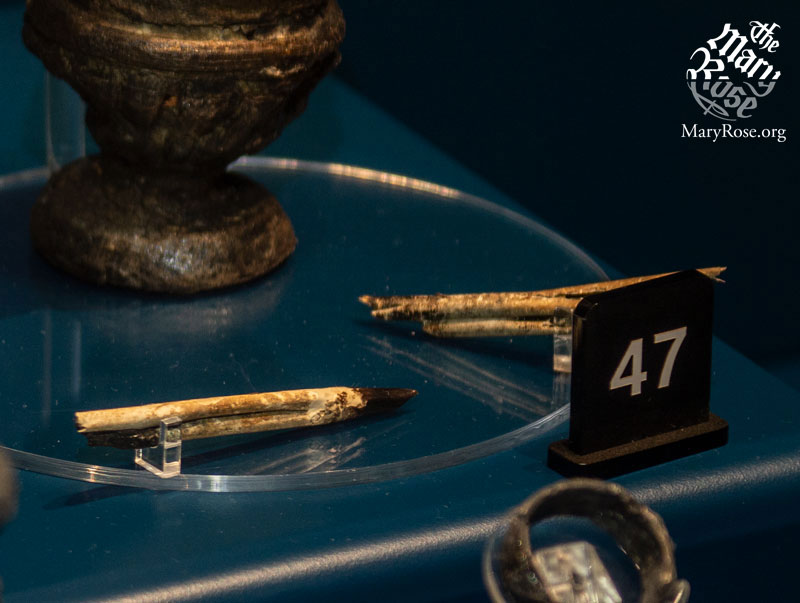 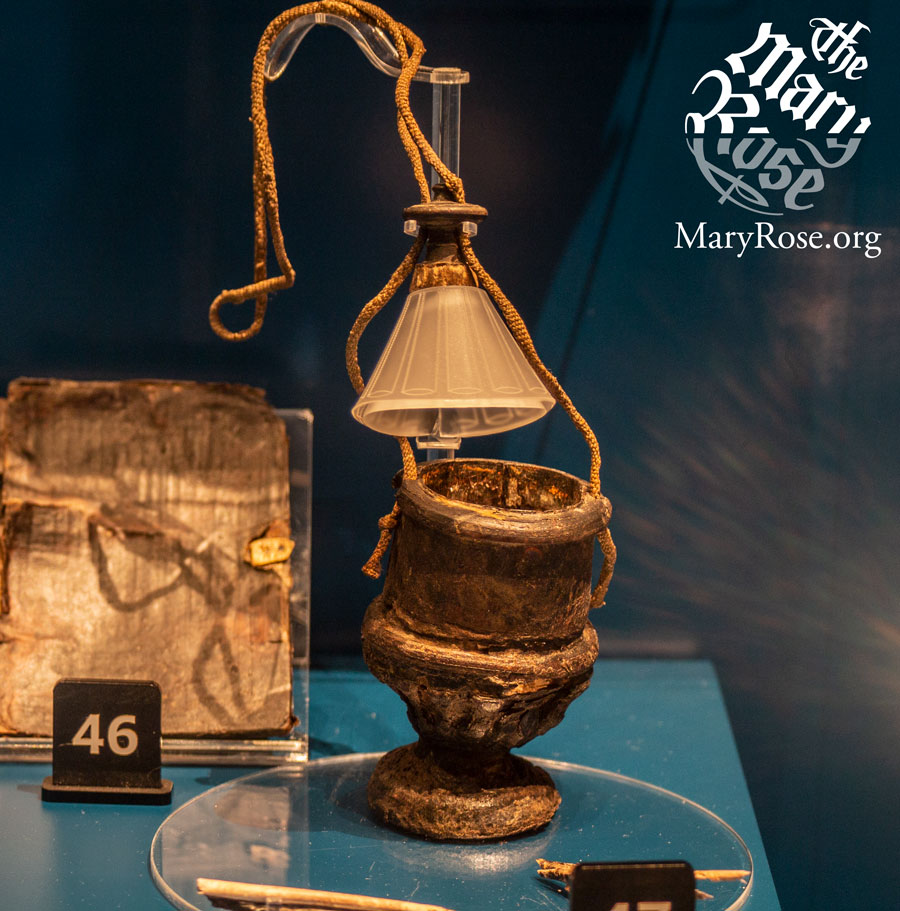 Stationery
It’s a commonly held belief that everybody in the past was illiterate, and while this was mostly true, since if you wanted to learn how to do something, someone would teach you, or you’d get your news from your friends or bosses, but we still found a quantity of stationery on board the Mary Rose

The Berol handwriting pen was still four centuries away, so writing required quills and ink. Two Quill nibs were recovered from the upper castle deck area, which is presumably where the officers would have been stationed.

We also found an ink pot, complete with a lid and the cord to hold it in place when being transported. This bears a striking similarity to one in a portrait of a young merchant by Hand Holbein the Younger – same manufacturer? 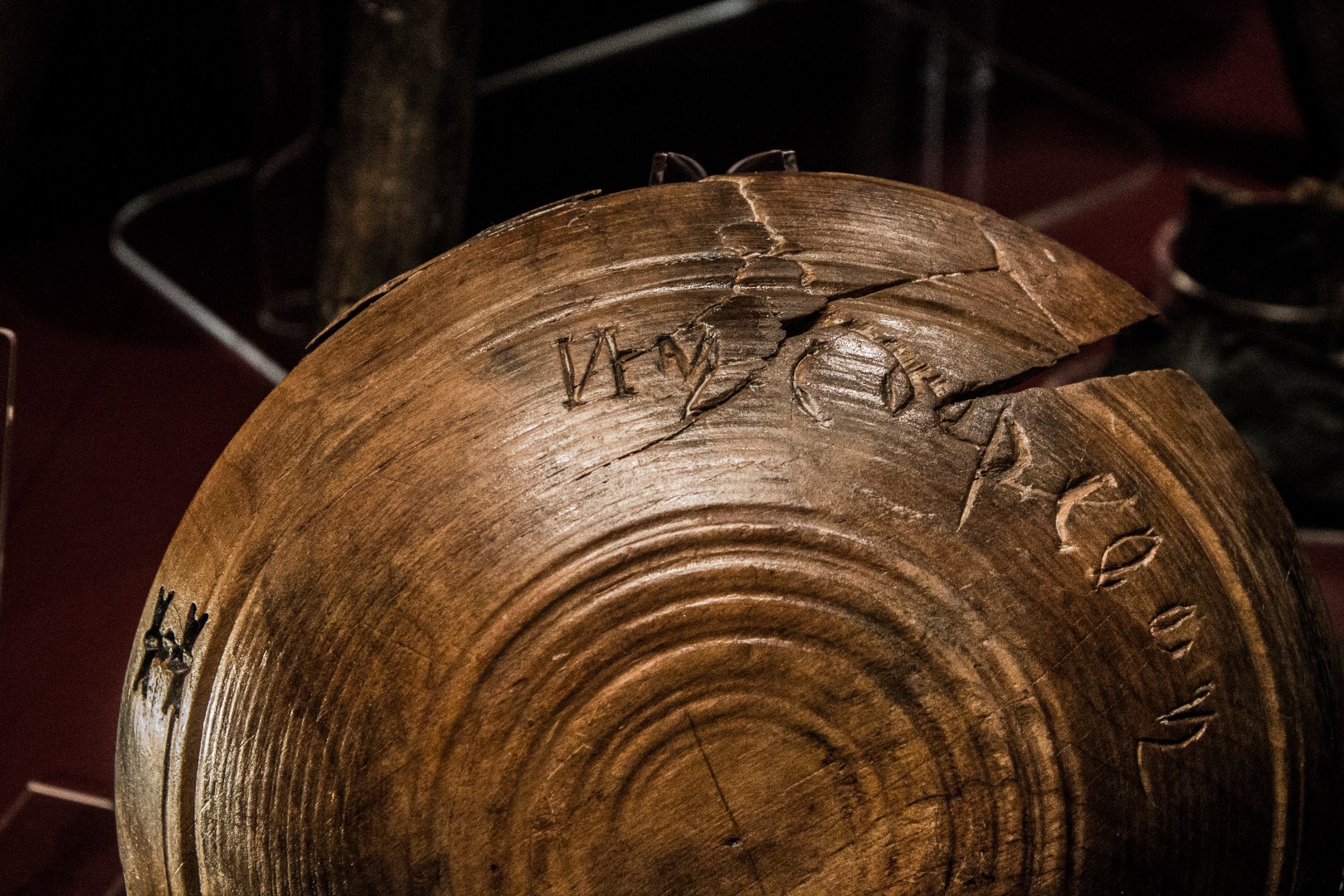 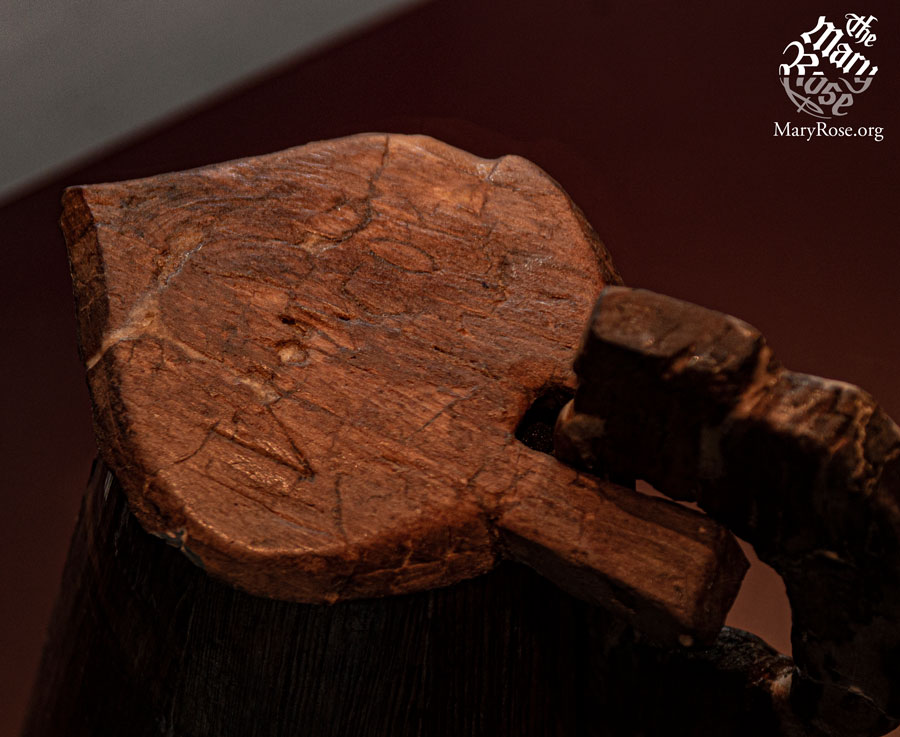 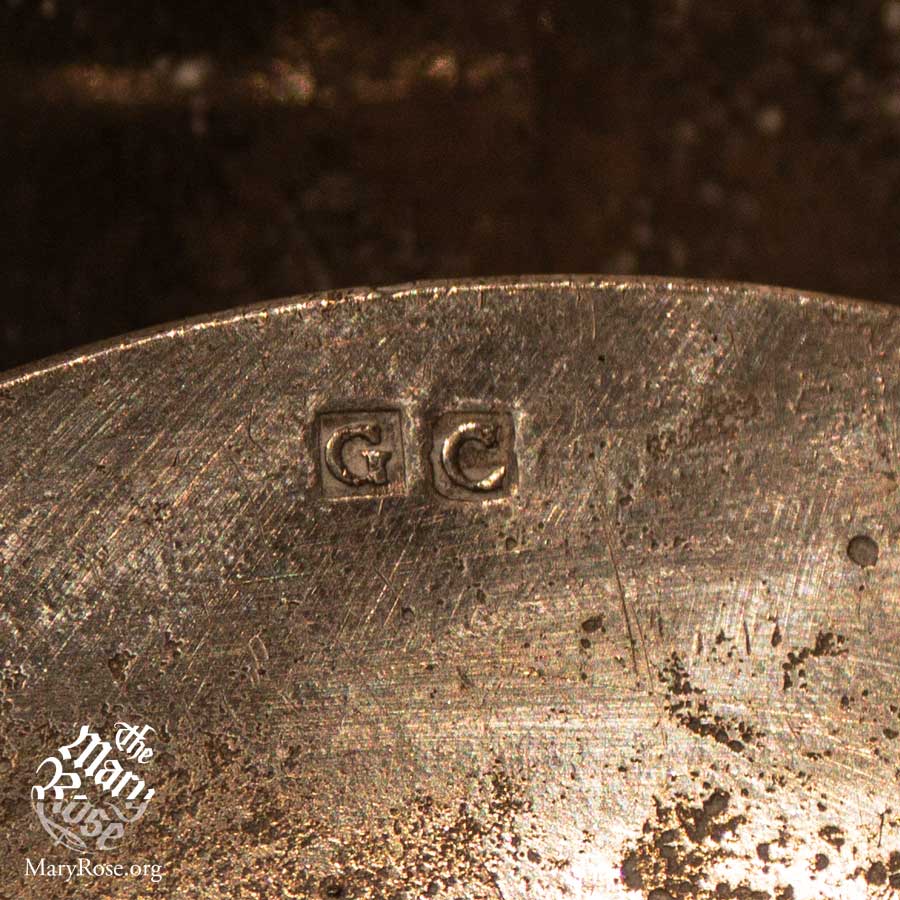 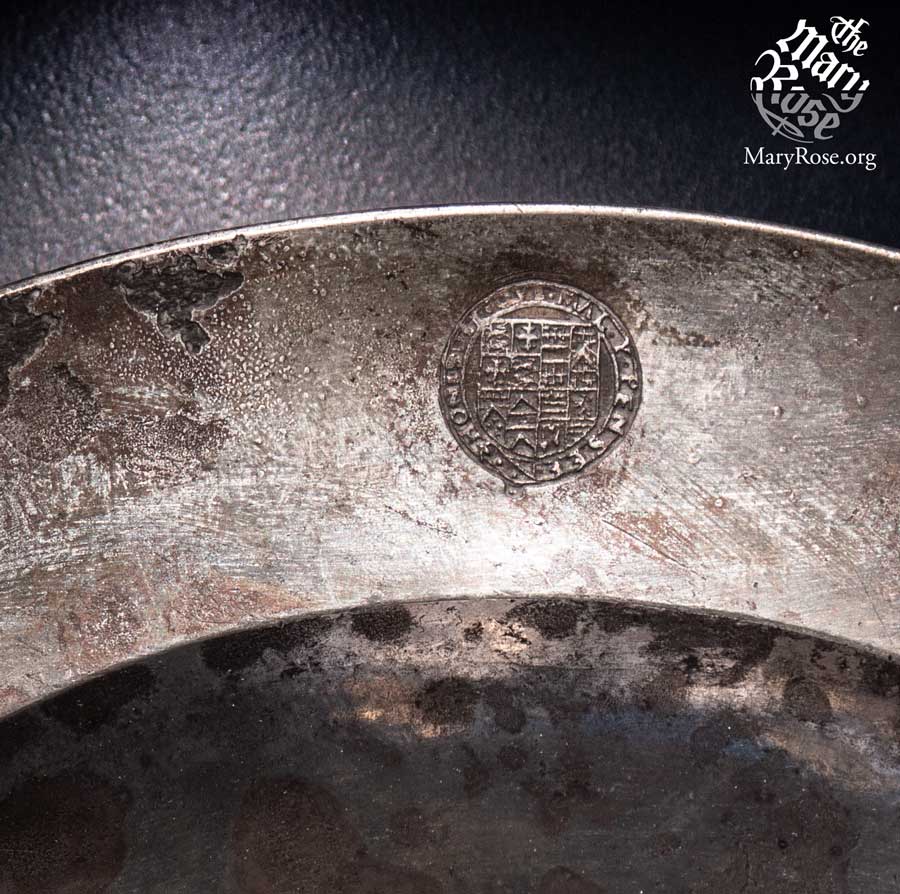 Writing your name on everything
Whether it was the infamous red-on-white name tapes, or a marker pen on the label, parents across the land know that, if they don’t put their childs name on everything they take to school, it’ll get lost.

The crew of the Mary Rose seemed to know this too, as we find a fair few objects marked with the owner’s name, the most obvious being Ny Coep, who wrote his name on a bowl and a tankard!

Even the Admiral, Sir George Carew, had his initials on his pewter plates!

We also found a couple of plates bearing the crest of Lord Lisle, admiral of the fleet and commander of the Henry Grace A Dieu during the Battle of the Solent – why they were on the Mary Rose we may never know, but we bet his mum was furious when he told her he’d lost those! 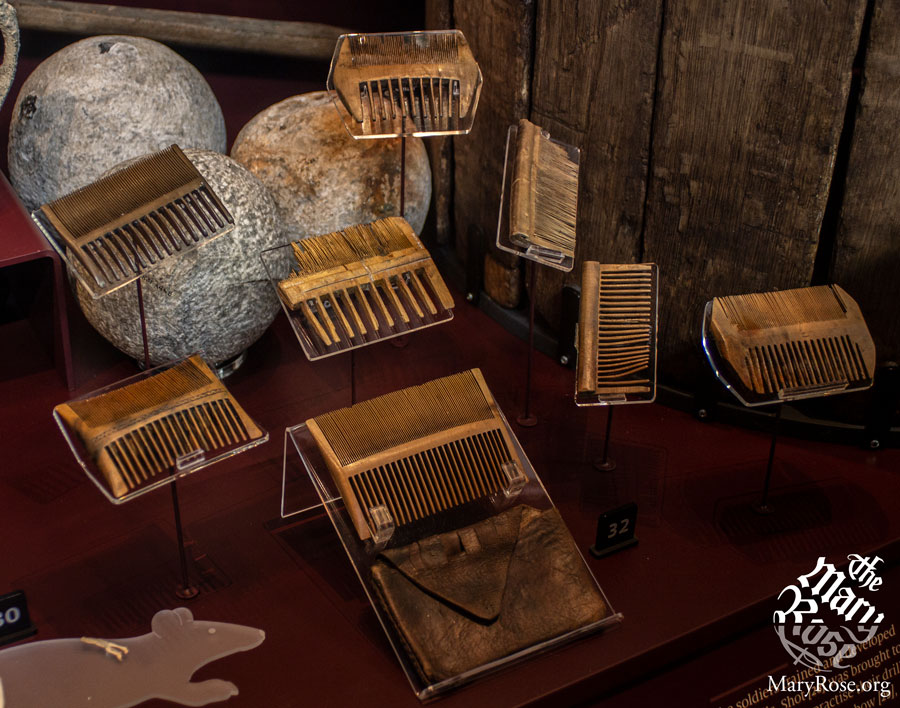 Head Lice
One thing that nobody misses from school is the day where an assembly is called because there’s been an outbreak of head lice.

The nit nurse is called, letters go home and you’re forced to have your hair washed in that horrible smelling Hedrin shampoo that stung your eyes, then have your hair combed with a plastic nitcomb that scratched your scalp something chronic. Ah, nostalgia…

Anyway, the crew of the Mary Rose had similar outbreaks, which is probably why most of the crew owned a nit comb. As you can see, the design hasn’t changed much, probably because they worked – one or two of our nit combs still have the nits trapped in the teeth from 1545… 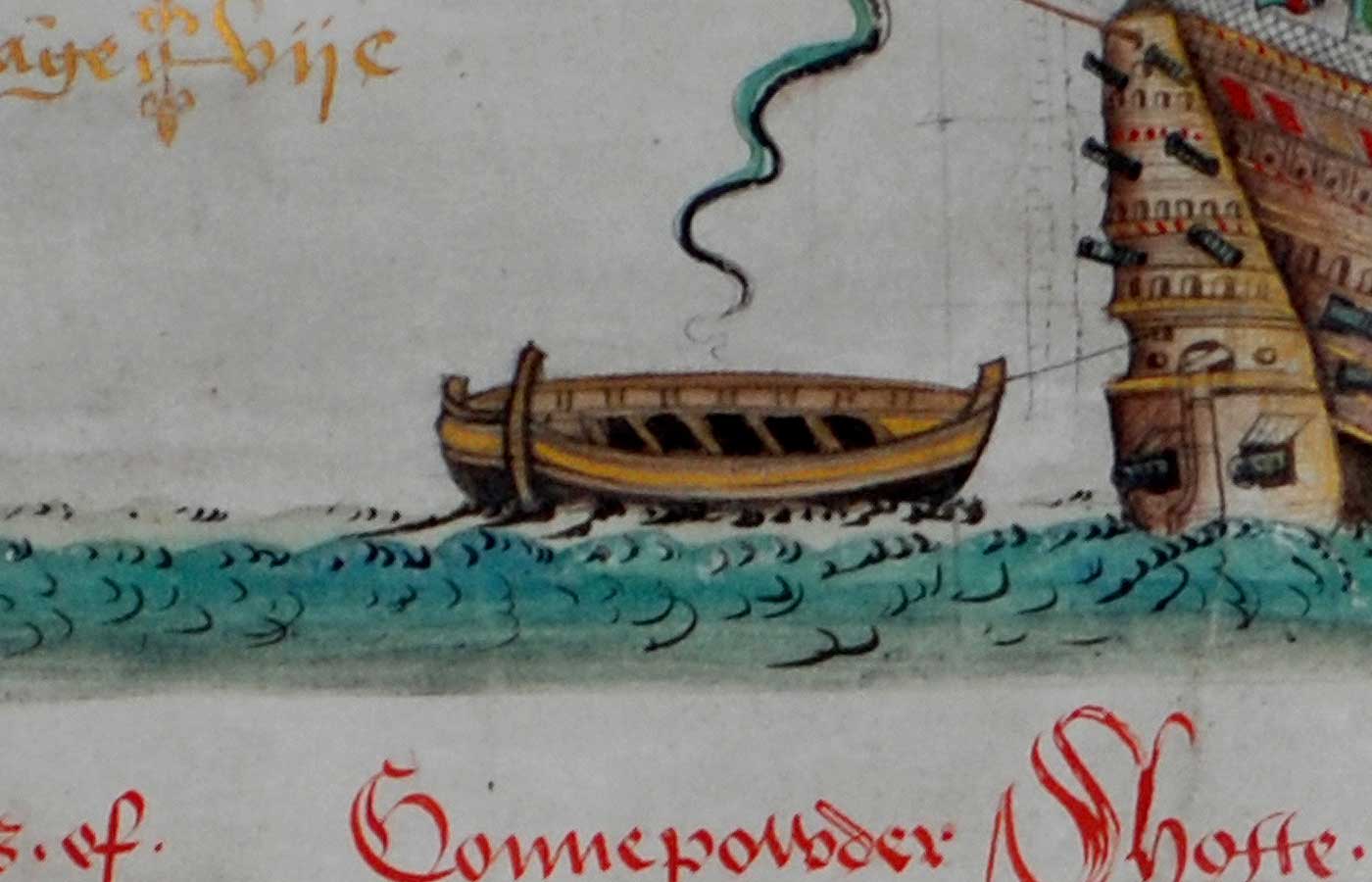 School Trips
Obviously school trips weren’t a thing on the Mary Rose, but if they did need to go ashore, rather than a minibus they’d take one of the Mary Rose’s boats.

While only one boat is shown in the Anthony Roll, a contemporary image of the Mary Rose, we believe the Mary Rose would have had three. You can find out more about them in our earlier blog.

Of course, these days school trips go to much more enjoyable places than battles. You get to visit all sorts of places, including museums. In fact, the Mary Rose is practically a rite of passage for school children in the UK; If you never visited the Mary Rose, did you really go to school?